Kibeho, a small village in Rwanda, 1981. This is a quiet backwater, a place where nothing really ever

happens. Then a schoolgirl, Alphonsine Mumureke, claims that she’s seen a vision of the Blessed Virgin. She is ridiculed and scolded by her friends and teachers – but then a second student says she’s had the same vision, and then a third. Together they become known as ‘The Trinity’, and attract the attention of the village and beyond. The visions become darker, and warn of “a Hell on Earth” and Rwandan rivers “flowing with blood”. Then a very sceptical priest arrives from the Vatican with instructions to investigate whether it is all an elaborate hoax.

Although the play was written with the benefit of hindsight, Our Lady of Kibeho is nonetheless based on a true story and the seeds of the carnage we all know is coming are already sprouting. This is a Catholic college where the Head Teacher has been appointed not only because of his religion but also because of his tribe. It’s a part of the world where tribal allegiance can be more of a driving force than anything, as history has taught us over the years. As one of the girls says, “She’s a Tutsi. Tutsis lie”.

The writing by Katori Hall is excellent, and it is brought to life by a large and skilled cast including a community ensemble. Gabrielle Brooks (Alphonsine), Pepter Lunkuse (Marie-Clare) and Yasmin Mwanza (Anathalie) work well together both as The Trinity and individually. Brooks shows a nice contrast between the everyday and the spiritual, a simple, straightforward girl who has been caught up in something marvellous but knows she is likely to be punished for it, while Mwanza and Lunkuse demonstrate good transformations from scepticism and spiteful antagonism to belief.

Ery Nzaramba gives a suitably gentle performance as Head Teacher Father Tuyishime, well-balanced between doubt, the desire to believe, and pastoral concern for his students. By contrast, his deputy, Sister Evangelique (Michelle Asante) has a different approach, strict and unwilling to believe even her own eyes and ears. Leo Wringer’s Bishop Gahamanyi has a different agenda – seemingly less concerned with the pastoral or spiritual, he is interested in proving the visions true because of the benefits for tourism in the area. He is so determined that he not only overlooks, he positively encourages, the unconventional methods employed by Vatican envoy Father Flavia (Michael Mears). Mears brings out the different sides of Flavia’s character well – highly sceptical with a hint of racism, he can believe that the Virgin Mary would appear in France or Portugal, but surely not in the jungle, though he should take care that his Italian accent doesn’t drift into caricature.

With a simple and flexible set (Jonathan Fensom) well lit by Charles Balfour, our journey to Rwanda is completed by Orlando Gough’s highly appropriate music, beautifully sung by the cast. As the play reaches its climax, images of the war we know is coming are flashed up reminding us that this is a true story, and although slightly disturbing at times, it is one that is definitely worth revisiting. 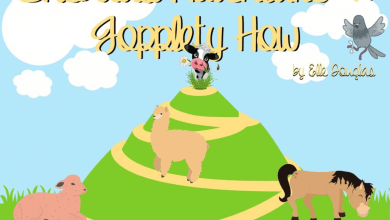