There’s this Irishman goes into a pub. He can’t find the barman and the draught Guinness is off, so he opens a bottle and goes to put the money in the till, then the barman enters….and, as the evening goes on, two more Irishman come in, one with a young woman, and they tell stories and drink far too much, then go home.

And that’s about it for The Weir, but Conor McPherson’s play is full of humour and compassion and says more about the human condition than many a more obviously ambitious work. An award-winning, theatre-packing new work in 1997, it’s fresh and relevant 20 years later in English Touring Theatre’s perfectly judged revival. McPherson still seems the best of the Irish playwrights who followed the great Brian Friel in presenting small-town Irish life with humanity, without the whimsy, but with past and present, natural and supernatural, meeting on a level playing field.

The Weir is the pub, out of season virtually unpopulated, with a totally male clientele: even the Ladies toilets are out of action, to be fixed before the German tourists (who may well be Danish) arrive in a few weeks. Brendan is the friendly, unambitious landlord. Jack and Jim are two bachelors advancing through middle age, Jack in his own terms “a cantankerous old bugger”, living alone and the owner of a garage by-passed by the main road, Jim a gentler soul, amiably shy, with an aging ailing mother to look after.

Conversation runs along no doubt familiar lines – the direction of the wind a crucial matter for discussion – but tonight there is something new: Finbar has been seen with a young woman from Dublin – and him a married man! Finbar has made good and moved away, but will bring Valerie to The Weir on what seems to be an introductory tour now that she has taken a house in the village.

There is plenty of gentle character and situation comedy – Brendan finding white wine with difficulty, the right glass not at all – and the hidden hostility between down-to-earth Jack and flamboyant Finbar is beautifully judged, never quite breaking out, shading into a sort of grudging friendship – or maybe just an acknowledgement that they’ve got along together for a long time. However, The Weir is all about stories. Probably competing to impress Valerie, Jack and Finbar tell tales of the supernatural which may be true, though certainly seen through a haze of alcohol. Jim, the sort of fellow who knows all the facts of a story, but insists on the other guy telling it (then supplies names when he forgets), unexpectedly chimes in with his own tale, even more alcoholic, but more personal, haunted as well as haunting.

Then comes a shift of tone and the closing half hour or so is about two real stories, one shocking, possibly supernatural and certainly tragic, the other mundane and very sad. Then it’s time to finish your drinks and back to normality, a changed normality.

Adele Thomas avoids the big effects and goes for accuracy of detail. So, too, Madeleine Girling who gives older members of the audience the taproom of their youth. Lighting and sound lightly underscore the supernatural elements.

And the cast all match the understated naturalness of text and production. The only one who seems to be acting is Louis Dempsey, but that’s Finbar! Sam O’Mahony (Brendan) and John O’Dowd (Jim) are totally watchable in their long reactive phases – thoroughly convincing and likable performances. Natalie Radmall-Quirke is compelling in Valerie’s long monologue and Sean Murray as Jack is outstanding in bringing out the many layers of the most fully developed character. 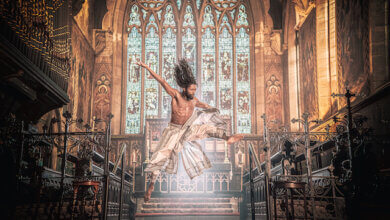 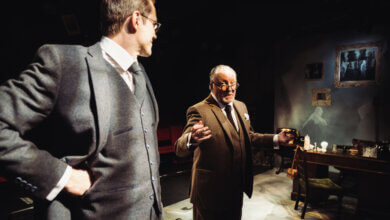 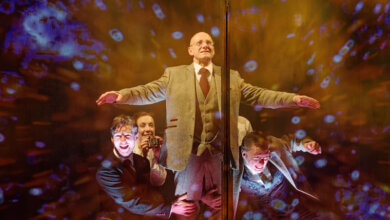 HOLST: The Music In The Spheres – Brockley Jack Theatre, London 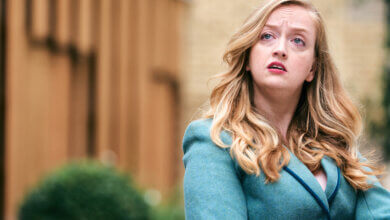 The Diagnosis – The Fizzy Sherbet Podcast.