Director and Choreographer Nick Winston turns back time to 1985 in this musical adaptation of the hit Adam Sandler film, which had a modest run on Broadway in 2006.

The nostalgia trip starts as soon as you walk in as classic film trailers from 1985 (The Goonies, Weird Science) play on a large screen on stage. Being either a child of the eighties or a fan of eighties excess is a must, as Winston’s production is full of retro references. Beguelin also slips more than a couple of eighties song titles into his lyrics.

Jon Robyns stars as everybody’s favourite wedding singer/songwriter Robbie Hart, who is jilted at his own wedding. Robbie falls for waitress Julia Sullivan (Cassie Compton) but she is engaged to yuppie Glenn Gulia (Ray Quinn). Will it all end with a white wedding?

Robyns, a seasoned musical theatre performer, is an engaging romantic lead, giving a tongue-in-cheek performance without being too cheesy. Compton is cute as Julia, adding feistiness to her character with a straight-talking New Jersey accent.  Ray Quinn, best known for Brookside and The X Factor, is suitably slimy as Julia’s money-mad fiancé, glued to his brick-sized mobile phone and singing ‘It’s All About The Green’. It’s not a subtle parody of ‘greed is good’ but it’s a funny one. Ruth Madoc is great fun as Robbie’s grandma Rosie, whose rap duet with George (Samuel Holmes) is delightfully ridiculous. Holmes’ deadpan performance compliments Madoc’s freneticism nicely.

The Wedding Singer is essentially a jukebox musical without any eighties jukebox classics but there’s still some fun numbers. Composer Matthew Sklar ‘s score is a pastiche of eighties synth pop/rock. This works best for upbeat numbers like the surprisingly catchy It’s Your Wedding Day and disco-inspired Saturday Night in The City rather than slush ballads like If I Told You. The two original songs in the film- Somebody Kill Me and Grow Old with You– are nicely blended into the show.

The show has the look of the eighties rather than the sound. Francis O’Connor’s costumes show the pop icons of the time; Julia’s best friend Holly (Stephanie Clift) is a Madonna wannabe and Robbie’s bandmate George (Samuel Holmes) is a Boy George clone. The only characters that don’t look like fashion victims of the eighties are Robbie and Julia, contrasting the authenticity of their feelings with the faddishness of the other characters. In keeping with the garishness of the era, Ben Cracknell’s lighting design brings to mind the flashing bright lights of a disco. Winston manages to sneak part of the Thriller dance sequence into his choreography, alongside some uninhibited disco dancing.

This romantic comedy relies much more heavily on the comedy and period setting than the romance but the production has enough fizz and froth to make this a fun night out. 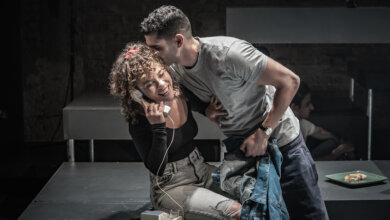 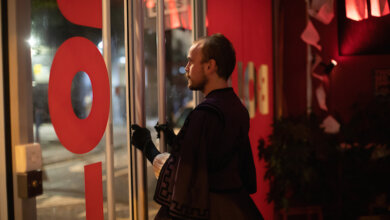 What They Forgot to Tell Us ( And Other Stories) – BOLD Elephant, London 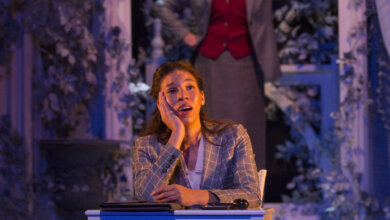 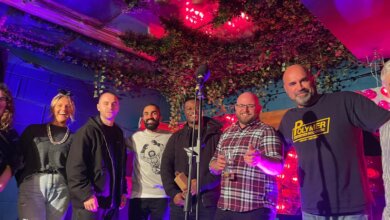