Walter Crump has a dark obsession with murder, memorising facts about weapons of choice and hidden motives, so much so that he even chooses it as his specialist subject on popular quiz show ‘The Chair’. Coming 2nd place was a triumph, not a victim’s defeat as some may suggest – but it doesn’t stop him desperate to have another chance at it, practicing trivia questions three times a day with his long-suffering wife Margaret. But did his obsession with death lead to his own? When Margaret finds herself under investigation for her husband’s murder, it’s time to see if she cracks under pressure during her own time in the hotseat.

This unique blend between The Weakest Link and Murder She Wrote is the combination that no one knew they needed, but it’s a divine pairing nonetheless. Dave Payne’s script is fabulously well written, with homage clearly being paid to Reece Shearsmith and Steve Pemberton, embodying their dark comedic humour, while putting his own sprinkle of genius into the mix as well.

The play begins with Jake Urry, Peter Stone and Jordan Moore taking to the stage with a humorous introduction to both themselves and the characters in the show. It is then they bring the audience to the forefront, putting all of the power into their hands and allowing them to choose who plays which character each night by running a vote using the show programmes. This risky interactive option not only showcases the trio’s sheer talent for rehearsing and memorising parts for three different roles, but also breaks convention and brings a fresh take to the stage.

With this performance, Urry plays wife Margaret impeccably well. From her timid, beaten down demeanour around her husband, to her chattering persona around Inspector Black it’s really interesting to see Urry’s character development progress. Stone is cast as Walter – egotistical and patronising, bringing the character to life, and making him one you’d love to hate. Finally, Moore, playing Inspector Black is the quiet calm, balancing out the farcical nature of the scenes between Walter and Margaret. While all of them do a great job within these roles, it would be really interesting to rewatch this play again with different character choices to see how each actor makes the part their own.

This quirky performance has a slow, methodical build-up of suspense, with the audience trying to piece together the clues throughout and solve their very own murder mystery. With the grand conclusion in the second act, the shock was immeasurable – so it’s clear that none of this audience will become a detective any time soon.

With a fantastic cast, an engaging script, a unique concept and a brilliant plot twist,  the real killer question is how quickly can you book your tickets to watch this masterpiece in action?! 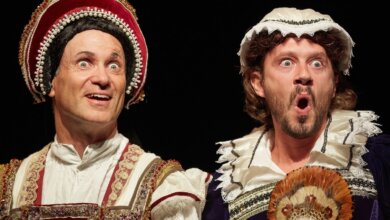 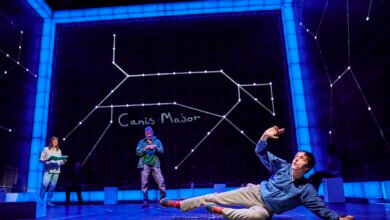 The Curious Incident of The Dog In The Night-Time  – Troubadour Wembley Park Theatre, London 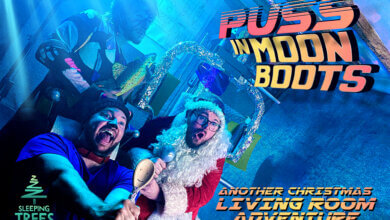 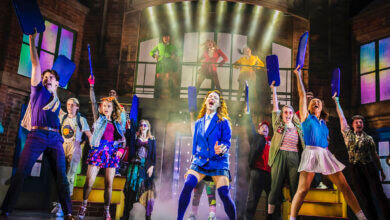 Heathers: The Musical – The Other Palace, London