Based on James Joyce’s classic short story from Dubliners, this is a pared back operatic version of The Dead, with libretto by playwright Tom Swift and music by Ellen Cranitch. The Dead tells the tale of Gabriel Conroy (Rory Musgrave) who attends his aunts’ post-Christmas party, held on The Feast of the Epiphany. He is in attendance with his wife and frets about a speech he has to give at the event. As the evening unfurls Conroy becomes increasingly introspective, brought about by his interaction with the party guests and through learning about his wife’s hidden past, as well as the ethereal snow that falls upon the city and country. He gets lost in thought of how the dead have a hold on the living and how we all, at some stage, will be nothing but memories.

This adaptation is stripped back to a cast of four performers (Clare Barrett, Lisa Lambe, Ruth McGill, Rory Musgrave), who take on many different rôles within the piece with the exception of Musgrave who remains a constant in the rôle of Gabriel Conroy. The Dead pays homage to the piano recitals, traditional song, and operatic references in Joyce’s original story. Holding onto the essence of Joyce’s work, Swift’s writing does justice to what has been described as the greatest short story in the English language. The melodic formula between Swift’s words and Cranitch’s music acts as a perfect complement to Joyce’s characters and tale.

In pieces such as this there is a reliance on all members of the production team to get everything right, more so than in a play. Thankfully, The Dead pulls it off easily and the faultless production, under the direction of Jo Mangan, has every well oiled cog in place. Needless to say, the cast perform with the utmost gusto and are truly awesome in their vocal, as well as character, dexterity. Haunting musical performances are punctuated with tears of laughter as Joyce’s characters are ably brought to life in quick succession.

A simple monochromatic set (Niamh Lunny and Kevin McFadden) combined with subtle lighting (Kevin McFadden) evoke the feel and tones of the place, time, and characters. The action centres around a party, so a dining table and chairs are rightly the focal point of the set, which sits beneath overhanging snowflakes. A string quartet sits on one side of the table while the other is left free for the cast. When brightly lit it has the unbearable whiteness of freshly fallen snow; at other times the table takes on the sombre qualities of a tombstone.

Running at 70 minutes, The Dead provides an accessible foray into the operatic world for those who might not normally venture there, while keeping the drama, comedy, and music of this art at its core. The Dead is a festively beautiful piece that hits all the right notes and provides plenty of humour while also evoking a sense of nostalgia for something that is less than tangible. It has all the hallmarks of a festive tradition, which it will hopefully become. 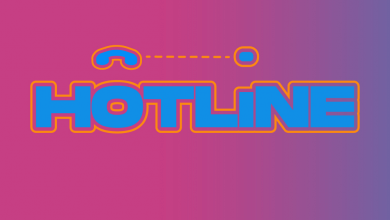 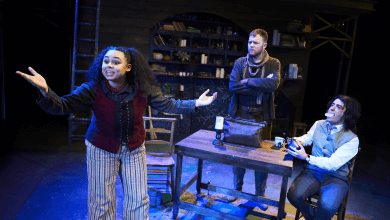 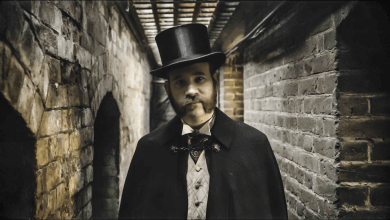 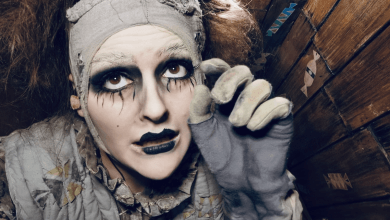