Desensitising audiences since 2011, this hilarious parody of religion, mercilessly mocks the church and its teachings (well, what did you expect from the creators of South Park?). But audiences love it, and it has racked up an impressive array of awards from all over the globe, including a Tony for Best Musical, an Olivier for Best New Musical, even a Grammy for Best Musical Theatre Album.

In a nutshell, the musical follows two Mormon missionaries as they travel to Uganda to try and convert villagers to the church, a feat that no-one yet has accomplished. Why should people in a community plagued by aids, war, famine and disease, care about this all-American-prophet who died on the other side of the world, almost two hundred years ago? Cue, Arnold Cunningham.

Now entering his fifth year with The Book of Mormon, it’s Conner Peirson as the hapless man-child Elder Cunningham we’re all rooting for. Sci-fi and fantasy, rather than the Good Book, has been his preferred reading material, so it’s little wonder he turns to the likes of Yoda, Uhura, Samwise and Vader when things get tough. Over-excitable and easily stimulated, Peirson’s Cunningham shines throughout. He’s energetic, lives in the moment and has an infectious enthusiasm for life, an absolute credit to the company. It’s little wonder he’s been with the production for so long.

Robert Colvin is the saintly Elder Kevin Price, a young Mormon and the pride of his parents. A neatly pressed charismatic leader, Colvin is a natural, oozing authority and arrogance. The other Mormons look up to him – quite literally – and he believes he can do anything before being brought down to earth, with quite a painful shove. Reuniting once again with Peirson after sharing the stage on the North American tour, the duo shares a fantastic chemistry and energy, making the finale all the more heartwarming.

Nicole-Lily Baisdon is the wide-eyed idealist Nabulungi. She holds the audience captive with her crystal clear vocals, and her scene Baptize Me with Peirson and its multitude of double entendres, is incredibly funny. Will Hawksworth as Elder McKinley sparkles throughout, but especially in Turn it Off. He teaches the chalk-and-cheese duo you shouldn’t just turn your feelings down. You mustn’t lie or live in denial; ‘bad’ feelings should be crushed completely. All this said, of course, while gradually revealing his homosexuality with increasing fervency throughout the evolution of the song. It’s a fabulous scene, complete with elaborate tap dance break and kicks off a running gag in the show, a recurring reference to his transparent closet.

There’s not a weak link in the cast, Casey Nicholaw’s choreography is slick, and neither the set nor lighting can be faulted. This is thanks to the work of Scott Pask and Brian MacDevitt respectively, and appears much the same as the Broadway version – for which they also won Tonys, so why change it?

There are blatant references to The Lion King, but other musicals are also given the nod, including The Sound of Music, Hairspray, The King and I and Wicked, to name a few of the more obvious ones. Spooky Mormon Hell Dream is reminiscent of the high kicks and well-formed lines in Chorus Line, although the subject matter is somewhat different and plays on the guilt apparent in so many religions; you’ll go to Hell you if you don’t conform.

The Book of Mormon is the embodiment of gleeful obscenity full of deliberate unfortunate implications, running gags, and plenty of precision f-strikes and cluster f-bombs (looking at you Hasa Diga Eebowai). But there is a surprising, deeper side to the musical. It offers insight into human nature. It’s about hope and faith. It’s about losing that faith, and how you react when your world is turned upside down. It’s about friendship and belonging. But you have to wonder what went through the minds of the writers as they wrote the play near the end. You know the one, where Nabulungi and the villagers retell the story of Joseph Smith and Brigham Young? That one.

Side note – the warlord in the show, General Butt F***ing Naked, is named after the real-life Liberian warlord, General Butt Naked, who was once described as ‘the most evil man in the world’. Lovely. Originally though, the General was named after General Kony. However, the writers thought that too controversial and changed it – so apparently there is a line they are unwilling to cross.

All in all, The Book of Mormon is happy, optimistic, uplifting, and in many ways, a classic musical. Just with more swearing and a Jesus who sounds like Eric Cartman. And, if you feel like converting, you’ll likely bump into a pair of real-life Mormons outside the theatre, you know, just in case.

An uplifting musical, full of energy and f-bombs

Be More Chill – The Other Palace 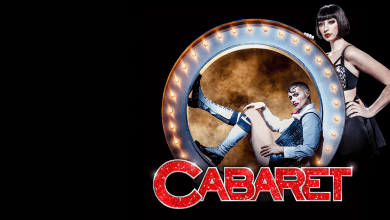