One doesn’t expect to write a negative review about a posthumous world premiere written by a Tony Award-winning playwright, but it’s 2018 and if we’ve learned anything, it’s that that which seems outside the realm of possibility is more plausible than previously imagined.

Bernard Pomerance’s Spin Off shows promise in its premise, and in its casting. The existence of characters outside of the world of their television series is a compelling foundation for the action, and a capable cast with strong ensemble work handles the lackluster text with no small amount of skill, but even with adept performers, the plodding and non-cohesive script is beyond redemption.

A charming premise gives way to an inconsistent world, with plot holes and contradictory rules. One character, Yara (played beautifully by Najla Said), is entirely superfluous. Even with Said’s strong work against a stark set with David Shocket’s lovely lighting design, one leaves the theatre wondering what purpose the character of Yara is meant to serve. In a play that’s forty minutes too long, removing a character that in no way ties into the plot could shave fifteen to twenty minutes off an excessively lengthy script.

There is undoubtedly talent present in this production, but the script is not compelling or coherent enough to merit nearly two-and-a-half hours in a theatre. The climax into the denouement is an especially painstaking section. It’s a shame, because the coda is a lovely moment that comes after such a crawling resolution that it entirely undermines the sweetness of an otherwise touching tie-in to a character’s backstory.

The potential and promise of this piece is smothered below tangential story arcs and excessive length. It will be lovely to see these actors and designers in future projects, but Spin Off fails to gain momentum. 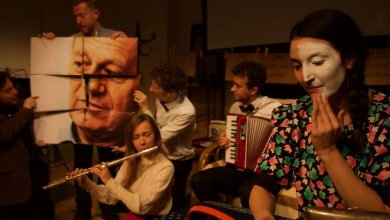 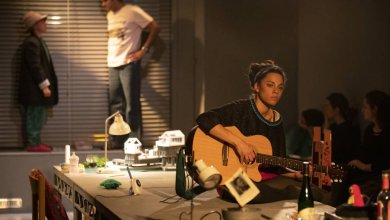