Book and Lyrics: Oscar Hammerstein II (based on the novel by Edna Ferber)

Written in 1927, the musical Show Boat is something of a departure from the usual trivial, light-hearted tales of the genre. This show tackles serious themes such as racial prejudice, tragic but enduring love, and human weaknesses in the form of gambling and alcoholism. Despite all this, the overall feel of the performance is a wonderfully warm one, and the sense that all will come good in the end, even if everyone is somewhat older and wiser.

The musical follows the lives of the performers, stagehands and hard-working slave dock workers on the Cotton Blossom, a steam show boat on the Mississippi River between the years of 1887 and 1927. This was the era of massive racial tension in America, and by means of a mixed race cast, this is forcibly demonstrated during the show. There is a tangible air of discomfort in the theatre as the black slaves labour to move cotton bales and skivvy on board the ship, while “the white folks play” and issue abusive orders and comments. Fights break out, threats are made, and ultimately one young performer, Julie, is accused of “having black blood in her”, resulting in her and her husband Steve being forced from the show boat by the local sheriff. Captain Andy’s daughter Magnolia (“Nolie”) takes over Julie’s rôle in the show, alongside a handsome stranger Gaylord, who rocks up at the dockside asking for a free passage that he will pay for later. Of course, as is the way in musical theatre, true love blossoms for several characters, but equally predictable, all is not smooth sailing. Gambling and alcohol bring about heavy falls and career changes, and the action moves from the Cotton Blossom on the Mississippi to Chicago and the seedy Trocadero nightclub. All comes good in the end as reunions take place on the show boat. The characters have grown up, tensions have eased, and there are many grey hairs. The most poignant moment in the show brings a lump to everyone’s throat – Gaylord returns and enfolds in his arms the daughter whom he reluctantly abandoned when she was a schoolchild.

The cast is incredible, every single actor perfectly cast, and it is difficult to comment on any particular individuals. However, special mention must be made of Emmanuel Kojo (dockworker Joe), Rebecca Trehearn (Julie) and Gina Beck (Magnolia) with regard to their amazing singing voices. The music is very reminiscent of the easy Deep South rhythms, and the richness of their voices adds to the whole atmosphere. Numbers such as Ol’ Man River, Only Make Believe and Can’t Help Lovin’ Dat Man fill the theatre with a soothing calm that could fool anyone into thinking they were floating down the river.

Michael Xavier as Gaylord is the perfect man about town with a shady secret, and Sandra Marvin is larger than life in her rôle as motherly cook Queenie. Members of the ensemble are amazing dancers, and credit to choreographer Alistair David, they make everyone watching feel utterly exhausted. Could it be that Danny Collins playing Frank has springs in his legs?

The set is beautiful, and it seems entirely possible that there is a whole Mississippi paddle steamer moored there on the stage. Just the artfully lit front deck and a wheel either side are properly visible, but surely the rest is just there in the wings? Circling the apron stage, there’s a wooden gangplank used extensively in the action, and bulwarks with heavy ropes protrude from a calm sea, created by light in the centre. All this disappears to create the glittering nightclub, but just as easily it all returns for the ending. The costumes too are wonderful: authentic slave garb, real 1880s/90s Deep South plantation bustles, 1920s sharp dresses and suits, and lavish colourful show outfits.

Show Boat is a feel good show, deserving of the near-complete standing ovation and a real alternative to pantomime during the festive season. Everyone except maybe the youngest of children will appreciate the spectacle of it all, the calm satisfying music, and the simple yet effective storyline. Yes, the issues raised are serious, but Show Boat is proof if any is needed, that all things pass and true love will endure and carry you through. After all, like that river, it all just ‘keeps on rollin’. 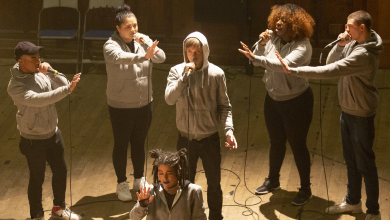 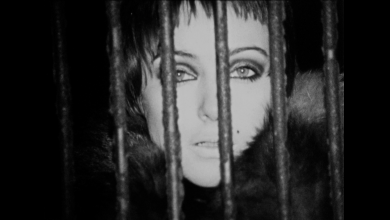 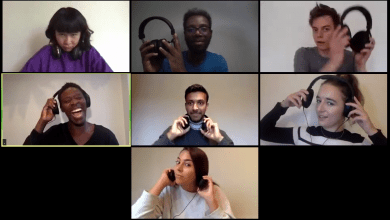