The second of Mikron’s two touring productions keeps a flavour of the sea. After the company went totally nautical with the Wrens on All Hands on Deck, Redcoats stays just on shore at Butlin’s Holiday Camps, with Skegness’ Jolly Fisherman dominating the simple, but effective, screen/platform/steps set.

As so often with Mikron plays, a main story involving four characters is intertwined with history and comical or musical turns from the versatile quartet of actors. Nick Ahad has integrated the different elements more completely than usual as the four main characters are rehearsing a show in which they have to take on these other parts.

At the start, Rachel Benson leads the company in a fine version of the anthemic Red; the harmonies of Rebekah Hughes’ setting would not have been out of place in some small church deep in Appalachia. Benson, it turns out, is playing Lynne, the veteran Redcoat retiring after 40 years being everyone’s favourite aunt. She is rehearsing her final show (about which, it must be said, she is rather possessive) and is appalled to find that Destiny from the Entertainments Section (Elizabeth Robin) has hijacked the show to publicise Butlin’s on social media as super-modern entertainment. The two men – career Redcoat Barry (Christopher Arkeston) and dogged techie Terence (Joshua Considine) – are both devoted to Lynne, but supportive of Destiny’s concept of the show, and so are caught in the crossfire.

Redcoats covers the history of Butlin’s right from the beginning, if not quite to the present: the years of scaling back the empire are glossed over. The show begins with two terrific songs: after ‘Red’, ‘Soggy Foggy Holidays’ is a brilliant, if probably unfair, evocation of the drab British seaside holiday pre-Butlin, witty in both words and music.

Snapshots of Butlin’s through the years – Robin doing a spot-on Gracie Fields, Considine and Benson caricaturing Laurel and Hardy entertainingly, and much else – alternate with the disputes about the form of Lynne’s show, with Lynne herself frequently threatening to take her coat home. Redcoats is a fine example of what Mikron does best, but in truth, it could lose five or ten minutes of rather repetitive arguments.

Another minor quibble is that Ahad loads things a bit too much on Lynne’s side of the argument. As a presentation of the world of Butlin’s Redcoats, it teeters on the brink of hagiography – Nick Ahad’s entertaining account of his delight in holidays at Butlin’s at Skegness as a child explains a lot! However, while not perfect, Redcoats is smart, witty, good-hearted, genuinely funny and ultimately irresistible.

The cast, excellent in All Hands on Deck, all seem to have upped their game. Jonny Kelly has obtained a heightened level of characterization that manages to encompass both caricature and human sympathy in their main roles, and even some of the assumed characters, notably Arkeston’s Billy Butlin, played as a sort of humanitarian spiv.

Kelly’s production is as inventive as the performances and musically the production is a delight, from Hughes’ cleverly allusive score to some superb playing from the cast, not merely jolly ukulele strumming, though there’s plenty of that, but some great work on saxophone, accordion and, especially, violin and cello – lend an ear to Abide with Me at Sir Billy’s funeral.

Mikron at its best 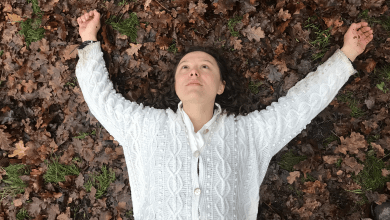 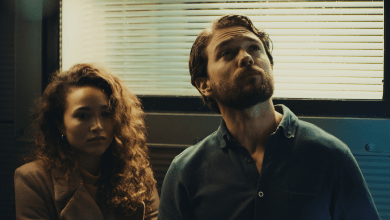 How Do You Make a Cup of Tea? – GRAEae