The 42-year old comedian from Farnworth in Lancashire, first rose to fame in 2000 after appearing on Peter Kay’s Phoenix Nights and Max and Paddy’s Road to Nowhere. He is best known as the TV host of ITV’s dating game show Take Me Out and Channel 4’s Benchmark and has numerous sell out tours and best-selling DVDs under his belt.

McGuinness’ latest tour Daddy McGuinness sees him return to the stage to perform 50 dates across the UK, sharing his stories of fatherhood. The much-loved comedian is a first-time dad to two-year-old twins and admits that his main reason for returning to the stage is to catch up on sleep and escape the dreaded Mr. Tumble.

The show starts well with the comedian bounding off stage to roam around the auditorium to meet his audience. In the first half, the jokes focus on the joys of parenthood with McGuinness recounting tales of dirty nappies, feeding and his stomach-churning experiences of raising toddler twins. It isn’t long however before the toilet humour starts with tales of adult faeces, masturbation and a rather crude and alarming sexual encounter. While McGuinness’ material has always been a bit risqué, the scatological humour and excessive use of swearing becomes a little too much at times and the poo jokes start to wear thin by the end of the first half.

The act picks back up in the second half as McGuinness entertains the audience with his comical musings on reality TV, spiders, Sunday league football and Sports Direct staff. The section about the retro 90s electronic board game Dream Phone is particularly funny and the comedian makes good use of the large TV screen behind him on stage to display funny pictures.

While McGuinness is undoubtedly a funny guy, his latest tour isn’t quite up to his usual standard. Disappointingly, too much of the act is made up of toilet humour, which is a shame considering McGuinness’ comedy is usually razor sharp. That said, there is some funny material and plenty of laugh-out-loud jokes to keep you entertained.

Overall, an enjoyable and funny evening despite the full-on toilet humour.

Too Much Toilet Humour 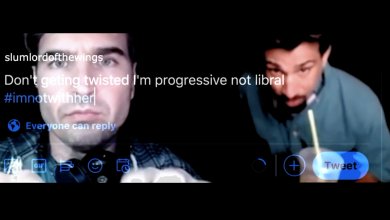