John Steinbeck’s 1937 novel Of Mice and Men is one of the cornerstones of American literature. Working on many levels and introducing a memorable cast of characters, it’s little wonder that the story has been filmed several times and that the stage adaptation is often revived. Ignore the fact that the book is required reading for many students, the story offers a bitter-sweet study of friendship, loyalty and the American Dream that everyone should experience.

Set in Depression-era California, quick witted George and his hulking, simple-minded friend Lennie are travelling field workers who dream of getting their own plot of land and working for themselves someday. Although seemingly constantly exasperated by Lennie’s limited mental abilities and enormous physical strength, George is committed to looking after his friend despite Lennie’s habit of unintentionally causing trouble. Arriving to work at a new ranch it is soon apparent that although they have dreams (in the words of Robert Burns), “the best laid plans of mice and men often go awry” and that their lives will soon change forever.

This production from Birmingham Repertory Theatre brings most of the required elements together to present on the surface an impressive piece. The set is simple and very effective and is brought to life by some stunning lighting that evokes the time and place perfectly. In addition and as is common these days, live music appears during the play in the form of several cast members on fiddle, banjo and percussion. This is used sparingly and is all the more effective for it. The scene change into the bunkhouse is nicely choreographed to music and ‘performed’ by the cast.

Most of the actors are all well cast with particular mention to Dudley Sutton as a nicely befuddled Candy and Dave Fishley whose physicality at playing the semi-crippled Crooks is superb. Saoirse-Monica Jackson avoids the clichéd strumpet to play Curly’s Wife as nicely rounded and completely sympathetic. William Rodell plays George with intensity and charm and the brilliant Kristian Phillips never tips into caricature as the rabbit-obsessed Lennie. Both are very good in their roles, inhabiting the characters completely and believably. However somehow the central friendship does not ring entirely true, which totally removes the emotional gut-punch from the tragic climax. In fact the two other big dramatic moments of the piece (both centred on a death – one of a dog, one of a person) are equally uninvolving suggesting that Roxana Silbert’s direction falls somewhat short. Some poor diction and wavering accents, as well as a couple of rather wooden performances are also apparent here and although all of these could be overlooked, dropping the ball with the drama of such a cherished tale is tantamount to blasphemy.

This production brings new life to certain aspects of the classic story but fails to deliver where it really needs to. Interesting for those who know the piece, but not likely to convert anyone unfamiliar with it. 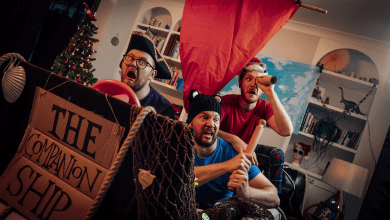 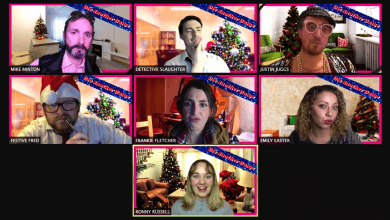 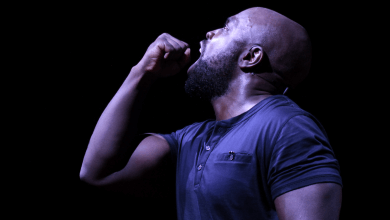