Nativity! The Musical, has zoomed into The Grand this week, bringing with it bucket loads of sparkle and shine.

Based on the hit 2009 Christmas Film by Debbie Isitt, The Nativity, the narrative follows the children of the failing St Bernadette’s school in Coventry as they prepare for and perform their annual nativity show.  We are introduced to three young school friends, Paul Maddens (Daniel Boys), Gordon Shakespeare (Andy Brady) and Jennifer Lore (Sarah Earnshaw).  When they grow up, they go on to study at theatre school together and Jennifer and Paul fall in love. However, Jennifer leaves Paul to pursue her dream of becoming a Hollywood film producer.  Paul and Gordon become teachers at very different primary schools in Coventry, Paul at the underachieving St Bernadette’s and Gordon at Oakmoor; the best school in the league tables, and one with a history of producing the best Christmas plays.  But when Paul is tasked with producing this year’s nativity, he aims to ensure that his the best Nativity in Coventry, in direct competition with Gordon.

Mr Madden’s is lucky enough to enlist the help of the disruptive but also hilariously adorable Mr Poppy (Simon Lipkin), the schools new teaching assistant, and also the head mistress’s nephew.  The children love playing with Mr Poppy and although his skills aren’t best suited to a supervisory role, he is a musical genius when it comes to the nativity.  When Mr Madden’s is overheard bragging to Mr Shakespeare that Hollywood producers are coming to St Bernadette’s, the whole of Coventry gets behind St Bernadette’s and the pressure mounts. But will his old school friend Jennifer still care enough about Paul to save him and make the children’s dreams come true?

One minute we’re in Leeds Grand Theatre, the next, we’re alongside the parents of the children of St Bernadette’s watching them perform in the grounds of Coventry Cathedral.  The set by designed David Woodhead and projection designed by Duncan McLean, cleverly and effectively sets the scene and grandeur of the mighty Cathedral and transports the audience between front, and backstage with ease.

The final nativity is absolutely magical; full of glitz, glitter, sparkle and shine. The costumes designed by David Woodhead are fun and absolutely fabulous.

To turn such a hit Christmas movie into a musical is a brave undertaking. Will it live up to the movie which has become a firm favourite in many families annual Christmas watch list? Well, the answer is a definite yes. In fact, the stage version has many qualities that are better than the film.  Simon Lipkin takes Mr Poppy to another level.  Adorable, hilarious and a great musical talent, Lipkin delights the audience with his quick wit and infectious enthusiasm, creating countless laugh out loud moments.

All of the children involved are absolutely fantastic, they work together as an ensemble but also bring individuality to their parts, which is a pleasure to follow throughout. Stand out performers from the children are the actors playing Katelyn and Alfie, they are both true talents, exude confidence and make the audience laugh out loud.

Although not on stage as much as many of the other performers, Sarah Earnshaw’s singing voice is an absolute joy to listen to.

There are no weak links in this cast, their presence and energy are infectious and they all appear to be having a jolly wonderful time, just like the audience.  It’s rare to witness such a warm, buzzing atmosphere from an audience, but tonight this cast spread Christmas cheer throughout the theatre.

Nativity! is the perfect feel-good musical for all the family this Christmas. It cannot be recommended highly enough. 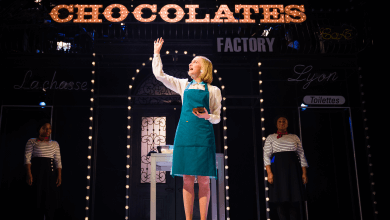 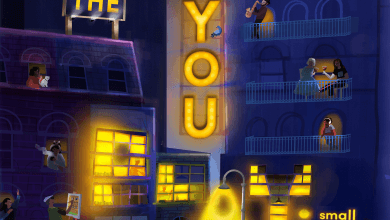 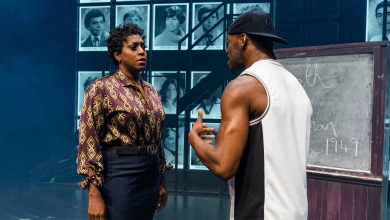