The project involves a host of seriously exciting performers, writing with verve and nerve, and a banging soundtrack – a lot to pack into a single night so it makes perfect sense to have it split through a full week of shows. Each performance is different – performers reading out letters about the experience of being a minority (ethnicity, class, everything) with the aim of challenging the recognition of privilege and uncovering the true experience of not being part of the majority.

At this performance we had Inès de Clercq, Ben Bailey Smith and Zainab Hasan reading new pieces or

writing by Rachel De-Lahay, Jammz and Zia Ahmed. Punctuated with a live DJ, the readings are very much punchy spoken word gigs. It provokes, it targets and it exposes some uncomfortable truths and feelings about what it means to be anything other than a straight, white, middle-class man in today’s Britain.

Starting with de Clercq who read the shows eponymous letter, My White Best Friend – a message to herself from Rachel De-Lahay. Her reading was difficult to watch – more confessional than performance as she read a reflection of her own actions seen through her friend’s eyes. It highlighted that even with love and respect in a friendship, issues of race and inclusion are never far from the surface – the writing brought it forward eloquently and de Clercq’s presentation brought it home how difficult, but needed, this sort of conversation is in a relationship.

This was followed by Jammz writing – a letter to Jammz from Stef, and his reply. Ben Bailey Smith read with humour, but not for laughs – and found a real flow in the poetic structure of the writing. Stef, the white childhood friend, wonders why Jammz and he haven’t spoken in years. He brushes off their different skin colours as being irrelevant as they grew up in the same place – the reply clears up why this is a non-starter, and throws some excellent insights into how seemingly good intentions can be a mask for someone wanting to just get a pat on the back.

Zia Ahmed was the night’s final writer, his words flowing through his friend the actor Zainab Hasan. Structured differently, this piece added some layering to an already complex message by giving a voice but no name to high profile statements and speakers on race. Presenting snippets and sentences in relative isolation – from media, politicians, campaigners and others who are used to having their words and names recognised – each became a leg upon which his final story stood strong, a personal experience of discrimination and hurt. Highlighting not only race but class distinctions too, it hit hard and it hit sure.

Starting with a half hour of relaxed mingling to a DJ is maybe not for everyone – but they’re relaxed and focused on inclusion here so if it’s not your bag, you don’t have to stay for it at the start (or the end). The concept is superb fairly regular, but the content makes it crackle – bold and challenging and just great writing. It’s genuinely unfortunate that it feels like the audience for the week’s run will be self-selecting and the population who need most to hear this message, curated by Rachel De-Lahay and directed by Milli Bhatia, will not have it on their radars. The Bunker is doing a run of performances with underrepresented voices over the next few months – My White Best Friend will be a vital contributor to that momentum. 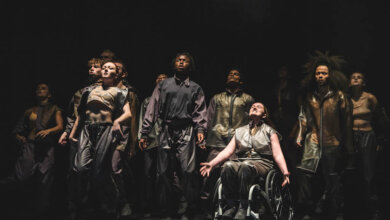 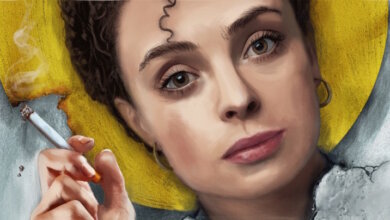 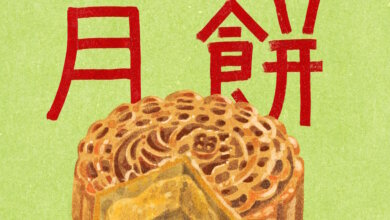 Mooncake – Written on The Waves