With Daniel Sánchez López’s Boy Meets Boy proving a hit at BFI Flare 2021, Katie Found’s new film My First Summer feels like the girl meets girl equivalent as too teenagers find peace in each other’s company in the aftermath of a personal tragedy. Framed as a thriller, Found’s 80-minute film is really a story about friendship and social isolation in which the loss of a parent acts as a coming-of-age metaphor.

When her author mother drowns in the local reservoir, 16-yeaar-old Claudia is left alone and having barely left the house, no one is aware of her existence. When local girl Grace stumbles on what she thought was an abandoned home, a close friendship develops and they spend a few happy days in each other’s company as Claudia learns more about the world she’s been sheltered from.

My First Summer is about a stolen moment, a short burst of calm and freedom amidst intrusion from the adult world that allows these two young women to live entirely without cares or consequence. There is a sensitivity in the way in which Found introduces the innocent Claudia into the world through Grace’s eyes, seeing the possibility of a lighter existence for the first time and opening her up to concepts of trust and care for someone else.

What prevents this feeling too saccharine or even patronising is the fine balance that Found strikes between the essential goodness of these two characters that exists despite their slightly unusual circumstances and questions surrounding the death of Veronica Fox, snippets of which return to Claudia as memories or hallucinations throughout the film. They add a darker subtext as the audience is left wondering whether her drowning was suicide or something more sinister.

But the film is primarily concerned with this gently evolving relationship, mirrored in Found’s love for the natural world where shots of beautifully coloured flowers and the lush summery feel of the local woods represent the growing heat between the characters and the carefree moments they create together.

Here and there, the film stretches credulity – could Victoria and Claudia really live so close to town without anyone knowing of the daughter’s existence (was she never sick?) and would two policemen firstly steal a signed copy of Victoria’s book from the dead woman’s house and then not realise that someone was still living there when they see two used beds and presumably crockery in the kitchen – although these two are pretty innocuous on the screen cop scale of corrupt to incompetent.

Markella Cavanagh in the more difficult role as Claudia has to convincingly portray her social innocence, never having tried sweets or fawned over celebrities, and Cavanagh makes her various rites of initiation credible. The more sinister side of her character sits under the surface and while the film doesn’t properly explore this, Cavanagh suggests a darker side to Claudia that seems strangely unaffected by her mother’s death.

Maiah Stewardson is a very likeable Grace, a kind and compassionate young woman who takes considerable pains to help Claudia to readjust. Grace has her own difficult backstory with a troublesome homelife and an undesirable stepfather which is weakly indicated in Found’s screenplay, but Stewardson gives Grace a strength that makes sense of her protective instincts in the final phase of the film.

Together, the actors develop a sweet and subtle chemistry that makes their burgeoning love story all the more affecting and My First Summer carefully charts the importance of these formative experiences as Grace and Claudia build the groundwork for their adult lives. 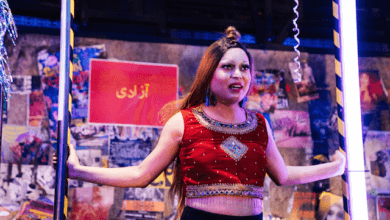 FILM REVIEW: Into the Labyrinth 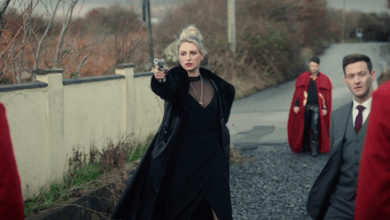