Reviewing these days moves from one reopening to another. All are reasons to be cheerful, but for some there is a special significance. One of these is the Howard Assembly Room in Leeds. Opened up not so many years ago as a performance space, it closed in 2019 to allow a major redevelopment for Opera North at the Grand Theatre. The work continued during the pandemic and now the Howard is open again, with its own dedicated entrance, though we must wait a few months for the full restaurant facilities.

To celebrate, Opera North has scheduled an intense autumn programme, starting with a preview weekend with two different takes on the Great American Songbook. The second concert will show what two opera singers make of it, but first Love for Sale left the songs of Cole Porter to the tender mercies of the Tiger Lillies, a self-described “anarchic Brechtian street trio” – actually, there were only two of them, but so versatile are Martin Jaques and Adrian Stout that the absence of percussion proved no hardship.

Of course, Cole Porter was a master of wit and sophistication, but in many ways his songs lend themselves perfectly to a subversive treatment that focuses on prostitution, drugs and the exploitation of women. After all, louche behaviour was the norm at Porter’s terribly gay parties in Paris and Venice and the hints are there in his songs: cocaine makes its appearance in I Get a Kick Out of You and the title song of this show, a superb song with a reputation that grows year on year, is a portrait, both sardonic and moving, of a youthful street-walker.

There was no narrative, but there was a scenario that operated as an undercurrent as song followed song with no announcements or introductions: the young addict on the game. In the song lyrics “she” often replaced “I” and quite often the drug or the dealer was addressed as “you”. Sometimes the explosion of druggy terms seemed rather excessive or obvious – She’s Got You Under her Skin and Every Time She Gets High, for instance, seemed pretty crude transformations, but oddly the latter resulted in a sensitive performance with, sure enough, recollections of saying goodbye.

There were songs where one regretted the transformation of Porter’s melody into its punkish second cousin, but these were far outnumbered by songs that added insights into the originals and by the end of the evening the overwhelming feeling was renewed respect for the miracle of the Cole Porter Songbook.

This was an essentially serious programme, bookended by Porter’s two great songs of female exploitation, Love for Sale and Miss Otis Regrets, both very powerful, the first almost bluesy, the second mostly subdued, full of gaps to be filled with dire imaginings. Among the more inspired transformations was a slowed down, melodically melancholic Don’t Fence Me In, which came out as a warning against drugs. Not that the Tiger Lillies avoided the jaunty twang of country style – or the aroma of 1920s Berlin cabaret – and, in the soulful restraint of It’s All Right with Me, you could even get a flavour of early Randy Newman.

Martin Jaques’ vocals ran the gamut from upper-register grotesquerie to heart-on-sleeve emotionalism, from operatic finales to understated intensity, without him sounding remotely like anyone else. He added accordion, ukulele and piano to the mix, an instrumental selection more than matched by Adrian Stout, excellent on double bass, very capable on guitar, but an absolute virtuoso on the musical saw (both bowed and struck) and the otherworldly Theremin. 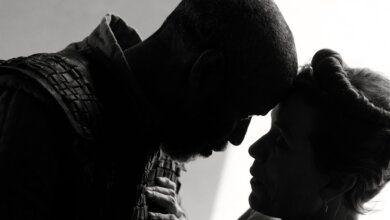 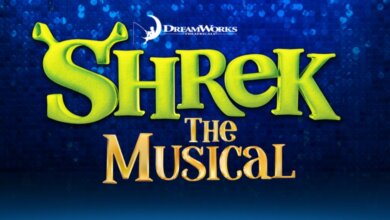