Once the headliners have left the music stages, Latitude shifts its focus to late night entertainments that are strictly for adults only. Soho Theatre took over the cabaret tent on Friday night with a smorgasbord of acts that veer between touching torch songs to deluded dancing magicians and a stand-up act that was screwed from the moment he popped a pill before hitting the stage.

MC Tom Allen has just a touch of wasp in his posh boy act that keeps the audience on its toes even during the obligatory ‘boring’ questions and answers that begin the night. He keeps to the line of keeping his segment brief and entertaining enough without stealing the spot from the named acts.

Not that Le Gateau Chocolat can easily be upstaged. He is a colossal Nigerian of a man who carries off the drag surprisingly well and who sings the touchstones of his idols Streisand, van Dross and Bowie while providing brief snippets of bio to support why these songs matter. His vocal range is extraordinary, from deepest bass notes to soaring tenor and he has the uncanny ability of laying out his soul to an audience on the briefest of introductions. His act has toured internationally and he is now receiving mainstream recognition with his Mack The Knife opening The Threepenny Opera at the National Theatre.

From the sublime to the ridiculous, Aussie Sam Campbelarrived at Latitude for his first UK gig with good pedigree but an ill-advised stimulant before he headed on stage scuppered his set, which was incoherent, excruciating and only of passing interest to those who have always wanted to see someone take a trip while performing stand up.

Campbel’s set is crash and burn,while the next act, also from Australia, does the same but in a more well-choreographed scene. Peter and Bambi Heaven are dancing magicians who want to show us a good time. Even if their magic might lead to impaling, and a later virginal dance in white from the definitely not good girl Bambi takes an unexpected turn when her time of the month arrives. Filthy and a tad overlong it still provides a fitting climax to day one for this reviewer. It’s an evening that celebrates cabaret in all its sublime, messy and filthy glory. 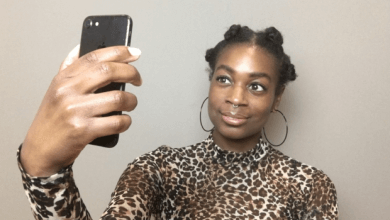