”The Queen is dead – Long Live The King!” Not so long ago, such was the reverence offered to the Royal Family, a depiction of this event on stage would have been unthinkable.

No so with Mike Bartlett’s “Fakespearean” epic, King Charles III, which premiered at the Almeida Theatre in 2014 and is now touring. In fairness, the original production and this tour have received plaudits from all quarters. Alas, be prepared for an Emperor’s New Clothes moment…

It’s clear to see what Bartlett is aiming at. Set in the near future, he questions how might those in the far future dramatise the transition from one Sovereign to the next as Elizabeth II passes and her eldest son finally takes the throne. On paper, it seems like an intriguing premise but the reality is another matter entirely. Apart from a couple of ropey performances and characterisations, to which we’ll return later, Bartlett’s script is just breathtakingly dreary. The ingenuity of Earthquakes In London and the gripping nature of Cock seem to have been absorbed into Tom Scutt’s imposing stone walls, leaving a tedious soap opera delivered in rhyming couplets; a not-yet-happened History Play with the interesting bits taken out.

The opening scene is promising: the cast stands, lit only by the candles they hold, singing a haunting requiem for their late Monarch. The Duke of Edinburgh has already shuffled off to insult his Maker and – oddly – Charles’ siblings are nowhere to be seen on such a momentous occasion. We are left, therefore, with a grieving patrilineal family who have to “keep buggering on”, as Churchill colourfully put it.

Robert Powell turns in quite an accomplished King Charles, as does Ben Righton as William, the new Prince of Wales. Jennifer Bryden’s Catherine is a fantasticwannabe Lady Macbeth and it’s difficult to believe the real thing hasn’t been shipped in. It’s an understated performance but anchors the rest of the nonsense whenever she takes the stage.

While Richard Glaves is undoubtedly a skilled young actor, Bartlett and director Rupert Goold have lumbered him with a stock “Hooray Harry” persona as Charles’ youngest offspring – YAH? Prince Henry of Wales may have his gaping faults but there’s surely more to him than this two-dimensional hard-drinking/whoring/snorting pastiche?

The Prime Minister in this future reality is Mr Evans (a thinly-disguised Neil Kinnock), played with a dependable Welsh gruffness by Tim Treloar, but the “Villain Of The Week” Award has to go to Giles Taylor as Stevens, Leader of the Opposition, who lacks only a moustache to twirl and a cape to swirl. One is reminded of such bygone luminaries as Henry Irving, who would punctuate. Every. Syllable. With. Overblown. Gestures.

Every faux-Shakespearean – or Fakespearean – epic needs a ghost and King Charles III provides one. The entrance and presence of the Phantom of the Soap Opera are both derisory and derivative and could have been so much better executed in the script. The Lady in Black got it right – less is more.

Overall, King Charles III disappoints because it could have been so much more accomplished with more thought in its writing and a judicious casting. This is not Bartlett’s crowning glorybut at least we are spared Paul Burrell cackling and swinging from the belfry. 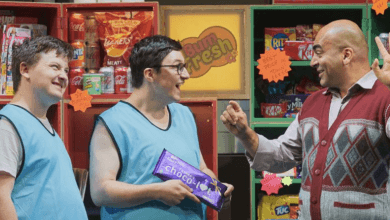 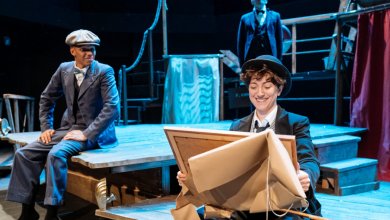 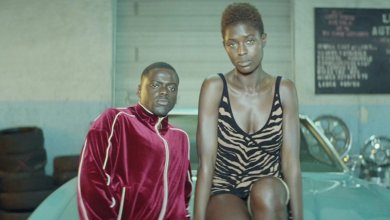