Joan Collins knows how to pack a theatre. The iconic octogenarian and timeless beauty is currently on a sell-out tour of the UK and as one would expect, fans are queuing up to see her. Unscripted, the title of her latest tour, is an opportunity to get up close and personal with a Hollywood legend who has made over one hundred films and TV dramas as well as being a prolific author of books and an astute business woman associated with the lucrative beauty industry. Dame Joan is not just an exceptionally pretty face; she is a tour de force.

The evening incorporates both Joan and her adoring husband Percy, in a conversational interview on stage with audio visual interludes, where any question is encouraged from the audience and subsequently addressed in the forthright, down to earth and direct style that people have come to appreciate from the actress. Dame Joan certainly pulls no punches. You very much get what you see and that’s why she is so endeared by so many of her British fans. And there are plenty of them. Talking of which, it was interesting to see the demographic of the audience, very mixed in age and gender, emphasising how her personality and accomplishments are admired by a real cross-section of theatre goers and many of whom, were very keen to ask about her views on marriage, beauty, the film industry, family and her general perspective on life. Without a shadow of a doubt, Dame Joan is an inspiration to many and that is why fans are keen to uncover her secrets and follow her advice on the elixir of life.

A recurrent questioning theme cantered on her looks and how it might be possible to appear so amazing at such a fabulous age. Dame Joan made it perfectly clear that one has to work at looking good whether that be by eating in moderation, engaging in regular exercise or nurturing a balanced life, alongside, of course, good genetics, if lucky to have them, in order to reap the rewards. In relation to celebrity success, Dame Joan again reiterated the mantra that she thought hard work on her part was something that brought benefits in her cinematic life, which was all fascinating to hear although, having said that, coming from a theatrical background with a father who was an agent and who would have had extensive connections no doubt helped to propel the starlet into an industry which is both highly competitive and difficult to enter, let alone, conquer. As in life generally, some fortunate circumstances are often needed, alongside hard work, for beneficial outcomes.

The evening held some particularly amusing moments such as when one lady in the audience asked Dame Joan if she had ever lived in Edgware in Middlesex because she knew of some Collins sisters in her area. Dame Joan seemed genuinely perplexed at such a thought and stated that she hadn’t and continued to reel off the names of her London addresses, some of the best, which were far more salubrious. It is rather incongruous to imagine Joan Collins with a Middlesex address. Monaco more likely! Another question from the audience asked about the constant pressure to look glamorous but Dame Joan emphasised that she didn’t see it as a chore and that if people didn’t want to appreciate her ability to look fabulous, then they could always look at Janet Street Porter instead! Exactly.

The audio visual element of the evening enabled the audience to see many clips of Dame Joan acting with the likes of Bob Hope, Frank Sinatra and Richard Burton, to name but a few Hollywood legends, and it was very entertaining to listen to the stories associated with such roles, particularly with the amorous and attractive leading men she worked with. Bringing things down to earth and coupled with the celebrity footage were personal family video clips, giving a glimpse of the importance of Dame Joan’s children and her role as a mother and grandmother. Something she clearly takes very seriously.

There’s no doubt about it, Dame Joan Collins has had some wonderful times in her life, alongside, of course, many heart-breaking ones too, and it is obvious that she has incredible drive and stamina to survive and prosper to the extent that she does. Unscripted is a show which is different because it allows an insight into the personal and private behind the glitz and the stardom of a very accomplished woman. Unscripted is a tribute and celebration of her long and fascinating career. It is well worth seeing and provides an unusual and entertaining evening. 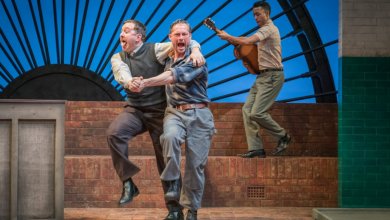 Back To The Future: The Musical – Manchester Opera House 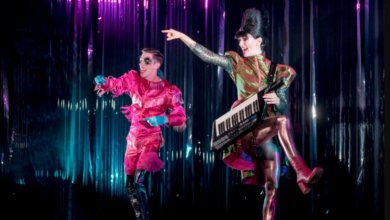 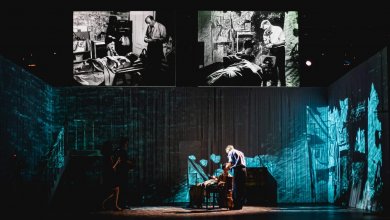