Writer: Told by an Idiot

A little bit of local history is brought to life at the Lyceum as the life of Thomas Aikenhead, the last person to be executed in the UK for blasphemy, is given a vivid, musical-comedy treatment. Described as a brutal comedy with songs, this is a tale told by Told by an Idiot, full of sound and fury and signifying plenty.

Scotland’s Blasphemy Act had been introduced in the 17th century to guard against people denouncing the Presbyterian church, a powerful force in the society of the time. Thomas Aikenhead was a young student in the city, who had joked to a friend in 1696 that the Scottish summer was so cold he’d prefer to be in Hell, where it was undoubtedly warmer. (Residents may be reassured to see so little evidence of climate change in the intervening three centuries…) After being reported to the authorities, the charges mounted up against Aikenhead, until he was finally put on trial, where his so-called student friends testified against him.

The motley crew of eight actors and musicians flesh out the bare bones of Aikenhead’s story to present a credible vision of a world where free speech and religious teachings clash. But this is no dry moralising affair, being told with songs and music and colour and irreverence. For those in the audience unfamiliar with Aikenhead, an early song with a chorus of “Thomas Aikenhead – who the fuck is he?” will reassure you that you’re not alone.

Simon Armitage’s lyrics run the gamut from profound to profane, set to Iain Johnstone’s score. While some of the tunes have a jaunty, toe-tapping quality, there are more sombre moments too, effectively setting the tone of the as the story unfolds.

Each of the performers takes turns to ‘be’ Thomas (the title is a direct reference to the Je Suis Charlie meme from the aftermath of the attacks in France last year – by implication we are all potential Thomases) and the whole ensemble works to create a fluid portrayal of events and characters, as well as producing the music as they sing.

The production is frequently very funnyand is unafraid to step into the shoes of Aikenhead in offering a critical perspective on organised religion. Setting up a second major character of James Stewart, Edinburgh’s Lord Advocate who pursued Aikenhead out of a sense of righteous vengeance for the deaths of two women, drowned for refusing to swear an allegiance to the king. In shaping Aikenhead’s fate (non-spoiler alert: he dies) in this way, the company reaffirm the double tragedy of a young life wasted for voicing exploratory thoughts about the world, condemned by the need for moral reparation.

There are a few issues with pacing, especially in act one, but broadly the action clips along with enough vim and vigour to have the whole story told within a couple of hours (including an interval). Laura Hopkins’s versatile set suggesting a courtroom, overlaid with printed backcloths, is manoeuvred slickly by the company between scenes, and if the audio film clips (from Jaws to The Godfather to The Life of Brian) don’t always have an apparent connection to the action they nonetheless reinforce the sense of bawdy and off-beat humour through which the tragic tale is told.

Armitage and Johnstone’s final song, telling of Aikenhead’s long, slow walk from Edinburgh’s High Street to the gallows near modern-day Pilrig, brilliantly evokes the sense of galactic wonder that millions of Thomases have pursued without recourse to religion, and posits that the reality of our existence in this universe is “better than” the marvels extolled by the church. It’s a fitting, and genuinely emotional, finale to a provocative telling of a forgotten portion of Edinburgh’s history. 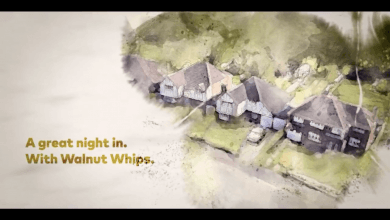 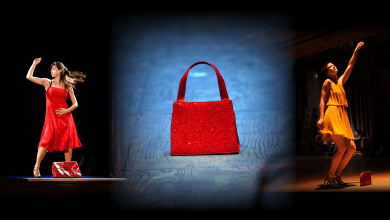 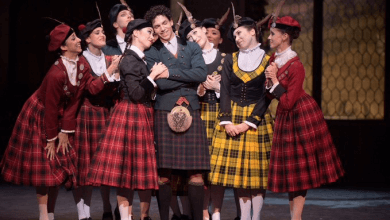