Al Pacino, Jason Robards, Forest Whitaker, and now, Phil Nichol, one hell of a listing to have one common trait, what is it you may wonder? They’ve all performed the role of loveable rogue Erie Smith in Eugene O’Neill’s short, one-act production of Hughie. Set in midtown New York, as a gambler laments the passing of the old night clerk Hughie, who he would consider his good luck charm.

It’s a rapscallion role, Erie, it requires a roguish charm to pull off. Nichol, a veteran of the Fringe for his comedy, takes to the role remarkably. His theatrical capabilities stem almost as far back as his comedic turn, so he is no stranger to the craft, unlike what suspicions may arise at first. His Erie has ample amounts of pathos, we connect with him almost instantly, still with a playful side.

When you’re working with little dialogue, you make every damn second count – which is precisely what Mike McShane capitalises on. Known for his comedic turns on Whose Line Is It Anyway? McShane delivers a subtle amount of heart as new night clerk Hughes. The only real downside is that his funniest delivery is once the show finishes, as he’s plugging the show’s online presence.

The real killer is an issue the boys cannot fix themselves – the script isn’t that funny. As a slice of theatrical history, Hughie is a charming one-act production which allows trim roles for solid performances. As a comedic piece of theatre, even with two veteran performers able to mix both artforms, it just doesn’t cut it. This incarnation of Hughie is aiming for humour, where it lands is a stand-alone piece with superb performers attempting to prop a weaker script. 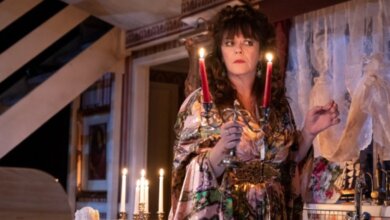 Our Lady of Blundellsands – Liverpool Everyman 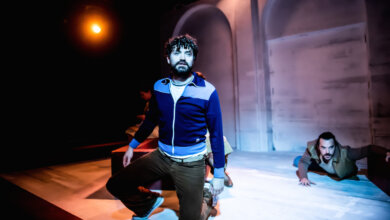 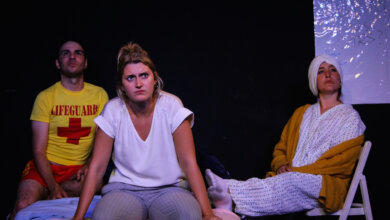 Raise Your Hand if You Want Dad To Die – Theatre503, London