Charles Dickens wrote the novel Hard Times in 1854. Set in Coketown, the North of England, he outlined the society at the time and criticised the social and economic conditions.  Northern Broadsides brings Deborah McAndrew’s colourful stage adaptation to the West Yorkshire Playhouse, as part of a UK tour.  Dickens is famously known for his thorough observation of characters, some outrageous, and his satirical style of writing.

The play, as in the novel, is about Thomas Gradgrind (Andrew Price) who forbids imagination at his school and home, applying this ideology to his family and children, Tom (Perry Moore) and Louisa (Vanessa Schofield).   This becomes a challenge to Gradgrind, with the town’s arrival of the Sleary Circus. He is determined the children are not influenced in that way and declares they must solely rely on facts and figures for their development.   Other characters are introduced including Josiah Bounderby, mill owner and banker (Howard Chadwick); Stephen Blackpool, a worker at Bounderby Mill (Anthony Hunt) and Mr Harthouse, a societal gentleman who is keen to adapt Gradgrind’s ideology (Darren Kuppan).   The circus family is led by Mr Sleary, an energetic and bighearted owner and ringmaster (Paul Barnhill).

The cast, under the direction of Conrad Nelson, portrays the characters well and demonstrate how each one of them are affected by each others’ utilitarian approaches to facts and figures.  The production looks at how such repression has an impact on the town’s community with social and personal issues from abuse, corruption and greed by those in power.  Morals and rights are raised but subordination is expected; as evident in Tom and Louise’s case they are negatively affected by their father’s ideology.  The stifling of imagination clearly has an impact on their emotional and psychological well-being, but there are also the struggles of identity and the longing to be loved.   Similar parallels are drawn with today’s society, particularly with less focus and emphasis on the arts in the education’s core curriculum.

Hard Times, pessimistic as it is, offers a colour of hope with the welcomed distraction with Sleary Circus appearing in between scenes, and the performers, some doubling up as musicians, entertaining the audience with music and circus tricks.  This is well choreographed and received and courtesy of Beverley Norris-Edmunds.   This symbolises optimism as to how Dickens outlined the importance of fiction and imagination and how they can empower people to be owners of their destinies instead of being owned by their masters’.   Dawn Allsopp’s spacious and versatile staging and Mark Howland’s lighting compliments this production well.

The production gives a good interpretation of Hard Times and even if the play is lengthy it gives a good insight into the characters.  Credit must go to McAndrew for her adaption and also to the cast, the majority playing multiple roles, and the creative team for staging this production.

Good insight into the characters 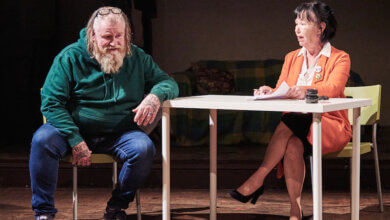 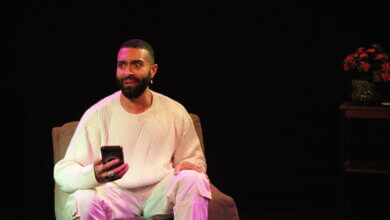 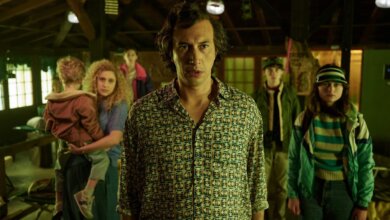 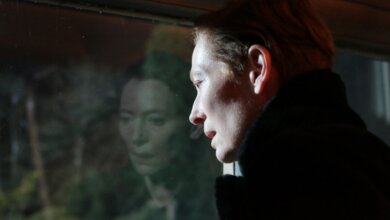