The programming at East Riding Theatre, progressive and open-minded, never fails to impress. A small theatre working hard to establish itself in a historic (and, one would imagine, traditionally-minded) market town might be expected to play safe, but the reality is far different from that. East Riding Theatre may have developed a nice line in warm-hearted community plays, but alongside these, there have been plenty of much more edgy dramas such as Glory Dazed.

Cat Jones’ play began in 2011 as a prize-winning radio play, before making a successful transition to the stage at the Edinburgh and Adelaide Festivals and London’s Soho Theatre. Initially, it was developed in collaboration with ex-soldiers serving prison sentences in Doncaster and the current project is in association with the local charity, Hull 4 Heroes, which provides support for veterans. However, any suspicion that the play might end up as special pleading for former soldiers having problems adjusting to civilian life is speedily dismissed.

As the play starts, sometime after closing time a man, a woman and a teenage girl are trying very hard to pretend they’re not there in the pub as a would-be intruder shakes and rattles the door and roars obscenities. He is Ray, who has served in Afghanistan and Iraq and has just now taken out his aggression on a stranger whom he has assaulted in another pub. The three in the bar are Carla, his estranged wife, Simon, the landlord and Ray’s best friend in a relationship of mutual contempt, and Leanne the teenage barmaid.

Ray’s ostensible reason for coming is to get Carla and the kids to come away with him to Brighton, but it’s difficult to find much coherence in his thoughts. He is unpredictable in all he does: the news that Simon and Carla are, in the old-fashioned term, “going out” together provokes manic laughter; Leanne is alternately fascinated and terrified as he embarks on a sort of bullying flirtation; normal conversation or jokey interludes explode into physical violence.

Clearly his experiences in Afghanistan – which are recalled with great vividness, if relatively briefly – have much to do with his social dislocation, but Jones is deliberately ambiguous in her presentation: what sort of a person was Ray before he joined up and, indeed, what were his motives for doing so? It’s all about understanding, not justification – understanding, too, for Carla and Simon. Carla’s selfishness is all too obvious and Ray’s jibes at Simon’s lack of manhood strike home, but their desire for a bit of peace is natural enough.

Glory Dazed is a short, vivid, dramatically involving play, not without humour, given an economical and powerful production by Jake Smith, with the physical violence particularly convincing. Samuel Edward-Cook (Ray) and Adam Foster (Simon) played the same parts in the 2012-2013 production and both inhabit the characters totally, Edward-Cook’s dangerously explosive, imperfectly human veteran especially compelling. Annabel York brings out the shifts and swings in Carla’s emotions and relationship with Ray effectively without seeming quite as natural as the men (at least, at the first performance). As Leanne Evie Guttridge fits perfectly into the role of the innocent bystander never quite getting what it’s all about.

The limited space of the East Riding stage, without wings, is well suited to Glory Dazed, with the authentic feel of a backstreet pub bar re-created in the claustrophobic set, oddly uncredited. 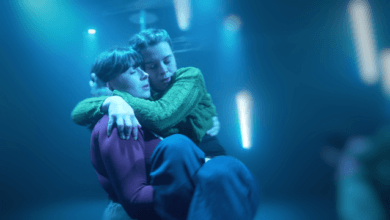 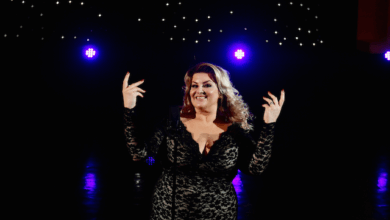 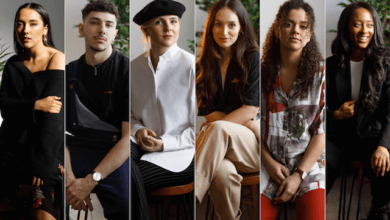 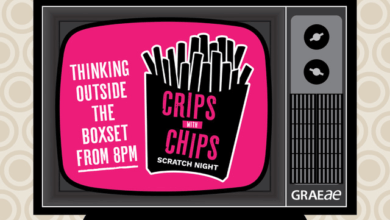 Crips with Chips at Home – Graeae