Based on the 1980s cult film, the Racky Plews-directed musical sees city boy Ren McCormack (Luke Baker) struggle to fit into life in Bomont, a heavily devout Christian town that has outlawed dancing. Coupled alongside his desire to reintroduce dancing, Ren seeks the heart of Ariel (Hannah Price), whose bully-boy boyfriend and Reverend father provide a number of stumbling blocks along the way.

Baker’s Ren is a perfect representation of the rebellious yet sweet-natured maverick who upsets the dance fearing community. Baker’s performance both vocally and physically embody an inner struggle that you see unravel in the character throughout.His ability to standout from quite an impeccable ensemble cast should be noted too. Alongside Baker for most of the production is Hannah Price, who is Ariel. Price’s Ariel is fascinating, with Price’s ability to switch from good doting Christian girl to a teenager who just wants to escape her humdrum town impressive. Furthermore, as a strong bond develops between Ren and Ariel, the chemistry between Baker and Price is equally as electric. This comes to a fitting climax which is only so well crafted because of the performer’s talents.

Gareth Gates is the lovably dim Willard, who backs Ren when no one else does after he moves to Bomont. Despite this being such a charged production, there is very little time left for humour, but the time dedicated to it often links to Gates’ Willard, and Gates pulls this off successfully. A scene where Willard is taught to dance is a particular highlight, with Gates showing an impressive ability with slapstick humour too.

Further mentions must also be made for Nigel Lister and Maureen Nolan, who are Ariel’s stuffy parents. Lister is particularly infuriating, in a good way, as the stubborn Reverend, while his wife is seen as slightly rebellious towards the end. In such a feel good musical, it is difficult to perform as the unlikeable character (Lister), yet the Reverend is successful in doing this. In addition, Natasha Brown, Miracle Chance and Joanna Sawyer are entertaining as Wendy, Urleen and Rusty respectively, friends of Ariel. The three provide much more to the characters than just giggly high school seniors, with their performance of Somebody’s Eyes a highlight.

Choreographed by Matthew Cole, this show is simply a masterclass in using dance to story tell. Cole utilises the rock anthem music (Tom Snow) to provide a real dancing treat. There is a haunting staging of Somebody’s Eyes, a playful Holding Out For A Hero and a mesmerising I’m Free / Heaven Help Me, all of which delivered to the highest standard. This production is enhanced thanks to the dancing talents of the entire cast and they showcase their skills to breathtaking effect in this show.

In addition, it is refreshing to see the musical talent of the cast stretches to musical instrument abilities too with almost all the cast performing with an instrument at some point. This is an unusual tact in a mainstream musical but it goes a long way to show just how rooted music and its performance is in this production.

Sara Perks’ design captures the era of the musical and both costume and set provide quick manipulation which is ultimately vital in a fast packed musical such as this. Perks’ set in particular does well to incorporate the performers/musicians as well as provide a wide space for all of the jaw-dropping dancing displays.

One drawback of the production is that the dialogue between musical numbers serve as a mere stop-gap. The dialogue often slows the pace of the production down, which is disappointing and does serve to make the last section of Act Two, albeit except the Footloose finale, almost unbearable. The lack of depth in the spoken word, rather than the lyrics, is frustrating but in truth this does not detract too much from the sensational singing and dancing performances on display.

Footloose is a powerhouse of a musical, with pumped rock anthems and a wicked selection of choreography too. Admittedly there are one or two flaws, but it’s not enough to make you cut loose.

Runs until 13 February 2106 and continues to tour | Image: Matt Martin 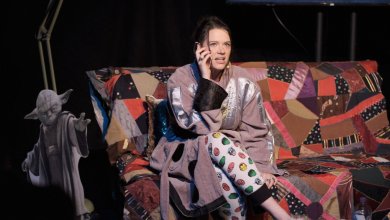 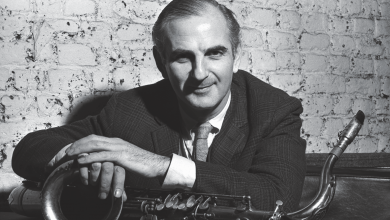