The Queer East Film Festival continues to bring the best queer films from East Asia to the UK; some of the films it screens have shown at festivals before but some are having their UK premieres including Between The Seasons, a quiet and bittersweet movie from South Korea about two women who work in a coffee-shop.

Hae-soo has left Seoul to run a coffee-bar in an unnamed town. The film begins as she gets the keys and prepares for opening. The space is very ordinary, but she believes that the quality of her coffee, especially the Americanos that seem to be the shop’s speciality, will keep the customers returning. But when school student Ye-jin comes in for a double espresso with an extra shot, she points out to Hae-soo that the decor is bland. Ye-jin offers to add some decorative flourishes to Music and Coffee, and Hae-soo agrees, swept up by the girl’s enthusiasm.

The first half of this film focuses on the coffee shop’s makeover, and it’s satisfying to see the shop becoming busier as the interior design improves, but as the two work more closely together, Ye-jin develops a crush on the older woman. It’s never quite clear how old Ye-jin is – surely no older than 16 – and so the connotations of a relationship between the two are always in doubt, dangerous even.

At first it’s difficult to work out if Hae-soo has similar feelings for the schoolgirl, but she has her own problems that make her oblivious to Ye-jin’s affections. Hae-soo seems determined to destroy her Seoul past, asking a phone salesman to wipe all the messages and photos in her mobile. This phone also alerts her with reminders to take the pills that fill the bottles that sit on her bedside table and she’s reluctant to agree to the estate agent’s offer of finding her eligible men for blind dates.

As Hae-soo, Lee Young-jin is melancholy and troubled, and it’s Hae-soo story that is the pull here. But halfway through the film the story follows the teenager and her struggle to come out as a lesbian. While Yoon Hye-ri gives Ye-jin lots of spirit and some layers of sadness, her life hasn’t the mystery of her employer. We yearn to get back to Hae-soo’s heart-breaking face, a real tour de force from Lee Young-jin.

Writer and director Kim Jun-Sik ensures that the film never becomes too emotional, and although this sometimes makes the Between The Seasons a little cold, it demonstrates the reserve with which Hae-soo lives her life, never giving anything away. However, by following the lives of both these women means that neither of their stories is fully examined, and, as questions are left unanswered, it’s easy to be a little unsatisfied with its conclusion. But life is rarely clean cut, and you don’t always need an extra shot of caffeine to spice things up. Between The Seasons is slow, but never ponderous, moving but never melodramatic. 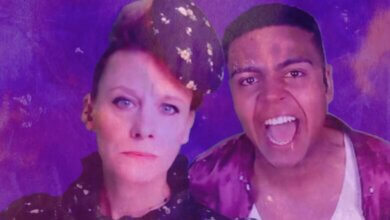 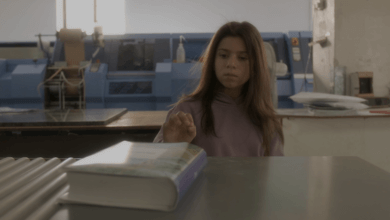 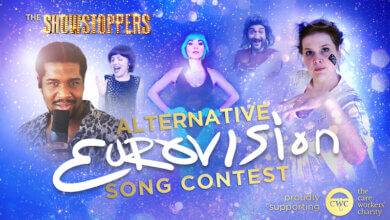