Art and Culture form the cornerstone of any country’s identity and heritage. It also plays a key role in driving forward economic activity, especially as it is one of the primary gateways for anyone who deals with a country. It not only plays a key role in encouraging tourism, but also assists in enhancing a country’s visibility and reach to a wider global audience. – Tamkeen Chief Executive Dr. Ebrahim Mohammed Janahi

It’s almost impossible to imagine a world with no borders; conquest and war are as much a part of humanity as artistic achievement and scientific discovery, and men have been fighting for land for thousands of years. Yet, art and creative endeavour have a way of transcending differences in language, culture and politics that draws people together in a “shared appreciation of art’s depth and beauty” – the words of the His Excellency Shaikh Fawaz Bin Mohammed Al Khalifa who launched a new exhibition of Bahraini art at the V&A on 25 May. This is something British creatives have done for years with theatre productions and exhibitions touring the world and now it’s time to welcome others in return.

Bahrain Art Across Borders (BAAB) is an exhibition of 17 different artists which opened at Gallery 8 in St James’s on 27 May. This is the first event of its kind that seeks to promote both established and emerging artists, introducing their work to major international cities while promoting “cross-cultural dialogue”. The preview event held at the V&A showcased over 50 pieces all of which will form part of the Gallery 8 exhibition, selected by a panel of international art experts.

Best among them is emerging artist Lulwa Al Khalifa, whose three large oil paintings,Blue Haze, Blue Psychedelia and Blue Narcissismare eye-catchingly beautiful. Reminiscent of Monet and Whistler’s most famous water paintings, Al Khalifa’s sea-like images capture the tranquillity and reflective calm of the ocean with its waves and ripples of distorted light. The strong turquoise, blue and green palette with hints of white feels serene and dramatic and Al Khalifa’s effect is achieved with great precision.

One of the most notable elements of this collection is the great variety of approaches, materials and techniques on display, emphasising the diversity of skill Bahraini art can offer. Mayasa Al Sowaidi’s teabag collages are likely to appeal to Britain, inspired by a Food is Culture event in which the chef used tea in his meals. Her best piece Untitled 2016 is from her Art of Tea Series and layers different used bags and their labels with words and symbols. Al Sowaidi explained that she experimented with different types of tea to achieve the depths of colour you see in her work, and though it may look easy the process of tea-staining is considerably more difficult than using paint. The overall effect is rather map-like, of rituals performed and civilisations built on endless cups of tea.

Notably, 12 of the 17 artists exhibited here are women and each has a different comment or perspective on the world. Faika Al Hassan has created three works in which hundreds of tiny figures are shown cooped up in designated spaces while others move more freely, to represent the choice to follow the crowd or develop individuality. This is precise and dextrous work which to a UK eye owes much to Lowry although the artist is unfamiliar with his work and precisely the purpose of BAABs knowledge-sharing mission.

There is a lot of fascinating and engaging work on display here, and while one artists admitted to creating unique pieces solely to increase their value, it’s clear that the European art scene is about to hear a number of new voices. It’s an eclectic show full of technique, interesting interpretations and great skill that hopes to “open a door” for greater artistic exchange. “London is the centre of the art world” Minister for Culture, Media and Sport, John Whittingdale, explained at the launch, and our cultural institutions are central to the translation and transportation of art around the world. But it is no longer one-way and with 17 BAAB artists to see this month, in what will become an annual exhibition, with Bahraini art the conversation is just getting started. 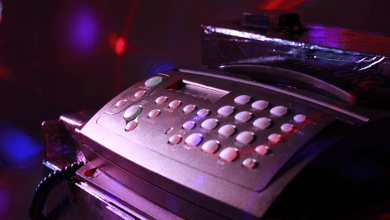