Chaos and hysterics abound in the sensational The Play That Goes Wrong which reaches Dartford’s Orchard Theatre as part of its UK tour.

Mischief Theatre’s iconic comedy centres around the fictitious, and hapless, Cornley Polytechnic Drama Society who are eagerly trying to hold together their production of mystery Murder at Haversham Manor. As the mystery unravels, so does Cornley’s production as the set disintegrates, characters are knocked out and even fires erupt in this genuinely, and consistently, funny piece.

Tom Bulpett’s Chris, who doubles as both Cornley’s besieged director and the murder mystery’s Inspector is remarkably straight in his delivery as he attempts to hold his pride and joy together. Bulpett’s bubbling frustration as his cast lets him down is entertaining to see as it threatens to spill over, including a superb exchange between Bulpett’s character and the audience during the first half.

Leonard Cook’s Robert is the overly posh Thomas Colleymoore and Cook’s physical and verbal comedy skills are tested, without fail, in this production. Cook’s quick reactions hit the punchlines home, and thrives in his interactions with Tom Babbage’s Max, who plays Cecil Haversham.

Babbage himself demonstrates a tremendous knack for physical comedy. His fantastic exaggerations, which come to a head in a remarkable first half exchange, showcase his skill and encapsulate the demands on the production’s cast, which they all pass. Babbage is well-skilled at his vocal delivery too, and commands the stage well when tasked with some of the production’s wordier moments.

April Hughes, whose alter-ego Sandra Wilkinson stars as Florence Colleymoore, delights as the stereotypical amateur dramatic leading lady. Her hyperbolised performance is polished and quickly threatens to steal the moments she is in.

In truth, it’s hard to single out one outstanding performer in this piece. Gabriel Paul, Laura Kirman and Edward Howells all have moments to shine, and the division of labour feels necessary in this breathless romp. Paul’s Trevor, who is Cornley’s lighting and sound operator, exposes the genuine comic potential that theatre design can have, and is given moments himself to be part of the comedy without feeling forced. Howells’ Dennis flounders his way through as butler Perkins, keeping notes up his sleeve and utilising clear wordplay for maximum effect, while Kirman’s Annie, stage manager later thrust into the limelight, makes the role her own as her character grows in confidence. There is not, ironically, one missed line and the payoffs for some of the performance’s slow burners are much deserved and testament to the phenomenal work put into this show by both its cast and its creative team.

One detail which cannot be neglected is the imitation programme which shines light on Cornley’s budding thespians. The programme explores the character’s backstories and even threads the base for a number of the production’s gags, prodding gently at the unglamorous life of amateur dramatics, and performance in general. Epitomising this production’s superb attention to detail, the cast biographies are warm and witty and add to the show’s wholesome quality.

Nigel Hook’s set design is the star of this production and works in tandem with the energetic ensemble to deliver laugh after laugh. It’s a malleable, technical and impressive design which offers an infinite amount of laughs and opportunities for humour. There are even moments of legitimate fear as the set disintegrates that evoke a real terror for the characters, such is the quality of this build.

The Play That Goes Wrong is a remarkable feat of slapstick comedy which drives relentlessly funny moments across its two hour runtime. Cornley’s dramatic society might miss a beat, but Mischief Theatre does not in this triumphant production.

Runs until 26 September 2021 then continues tour 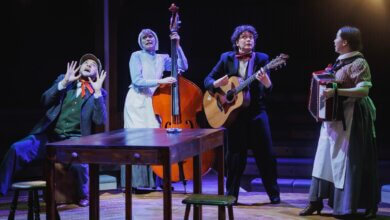 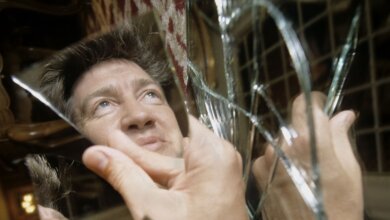 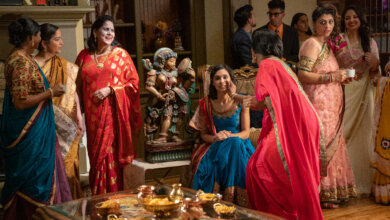 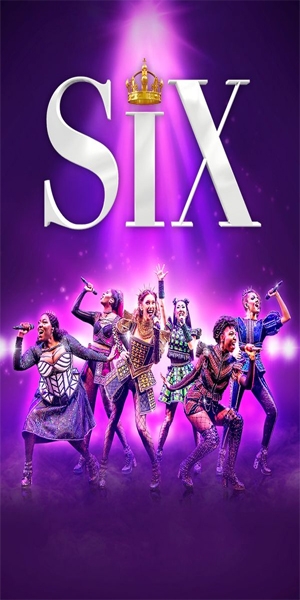