Grab your flat cap and your waistcoat and head over to Elephant and Castle for a Peaky Blinders experience like no other. Immersive theatre company COLAB have set up home in a pub, and at the moment it’s full of crafty and dangerous Cockneys battling to be the biggest criminal gang in town. Join them for a show that is truly immersive, inventive and fun.

Elephant and Castle is the perfect location for this story of gang warfare of the 1920s. This part of town has a proud history of shady underworlds. The gangsters you are about to join belong to the Elephant and Castle Mob a real gang of the 1920s, and here assisted by the most terrifying girl gang in the city, The Forty Thieves.  When these two groups faded from view after the Second World War, the Teddy Boys, suited and quiffed, took their place, knives at the ready.

But here it is 1926, and Sabini, a mobster from Birmingham, is trying to muscle in on the action in London. He wants to take over and it’s your job to stop it. The cast of six set you tasks to try and thwart Sabini. Some of you are set to get more recruits, others to fix a horse race. It may be your job to find out which policeman Sabini has under his control, or which car is the getaway vehicle. Indeed there are so many different tasks to carry out, all by different sections of the audience, it’s a wonder that the cast can keep up.

During the evening there are a handful of set pieces where everyone comes together either in the crooks’ den at the back of the pub, or down in the basement. You hear about daring robberies from a crackling radio and witness duels to the death.  You may even get married. With so much going on and not being privy to all the details, the story is sometimes confusing.

Depending on what duties you have been instructed to do, you are assigned to a cast member. Among them Naail Ishaq, playing a cheeky, friendly gangster, works very hard while Simon Pothecary and Angus Woodward put more menace into their roles. As the real life Alice Diamond, Holli Dillon is unflappable. All six – with the help of the barmen – do well to keep the story on track, never breaking character, not even in the inerval when everyone heads for the bar and 1920s’ inspired cocktails.

The finale is thrilling, but there’s a nagging sense that it is always going to be the ending, regardless whether you’ve been successful with your set of challenges or your secret missions. However, there’s no denying the fun to be had, and if your fellow audience members are as game as you are, you may want to give up your day job for a life of crime instead.

Film Review: Out of Death 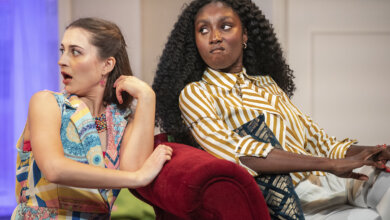 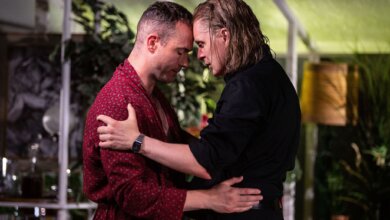 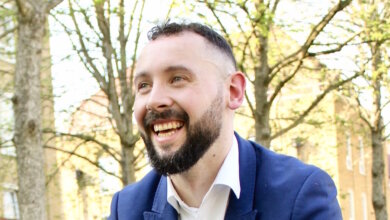 GUEST BLOG: From Hollyoaks to Horror