After an amazing response last year we have once again resurrected our Brighton Bites mini-interviews. These short and snappy Q&As offer an, occasionally witty – often hilarious, insight into the acts strutting, sailing, surfing (insert preferred form of transport here) in to join the line-up of England’s largest arts festival, Brighton Fringe. 2018 was a record-breaking year for the Fringe with over 575,000 people attending the festival; and with 2019 promising to be more inclusive than ever, our Bites aim to give you a taste of what’s in store across the 4,500+ events and performances that are on offer.

Next up we have Solve-Along-A-Murder-She-Wrote which is coming to the Komedia.

Describe your show in one sentence?
An interactive screening of an episode of Murder, She Wrote, with games, quizzes and surprises.

Why Brighton Fringe?
It’s perfectly suited to the camp joys of Murder, She Wrote, plus Brighton is a seaside town just like Cabot Cove (although I’d rather live in Brighton: they have fewer fictional murders per annum).

How did the show get to where it is today?
I had the title in my head, then got permission from NBC Universal Television, then the Royal Vauxhall Tavern gave me my shot in August last year – and it went off like chilli sauce in a clam chowder! (That’s good). Since then I’ve performed it in Birmingham, Bristol, Bath and even been invited to the Sydney Cabaret Festival in July.

What do you think sets your show apart from all the other festival offerings?
I honestly think there’s no other show quite like it. It’s a camp, nostalgia-filled celebration of murder mysteries, 80s television, and the global icon that is JB Fletcher. What other show has a Fame-o-meter and a Suspicio-meter?

What show do you not want to miss at this year’s Brighton Fringe (apart from your own!)?
Sass, Sex and Surrealness by King Sammy Silver. If you’ve never seen a drag king before then GO!

What’s the best piece of advice you’ve been given, or would give, for performing at a fringe festival?
Make time to see as many other shows as possible and always try and see something completely new and random (but I guess I would say that!)

With the theme of this year’s festival being ‘DARE to Discover’, we’d like you to tell us a TRUTH – something about you or the show that fans may not know.
I can play the electronic organ. Not a traditional church pipe organ – but a 70s two keyboard organ with pedals. I transcend cool. 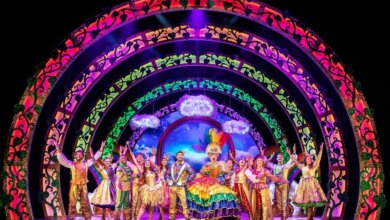 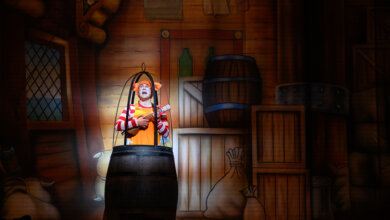 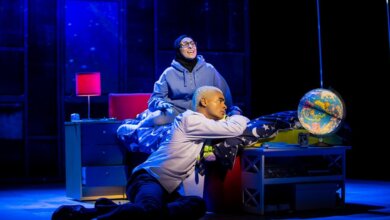