After an amazing response last year we have once again resurrected our Brighton Bites mini-interviews. These short and snappy Q&As offer an, occasionally witty – often hilarious, insight into the acts strutting, sailing, surfing (insert preferred form of transport here) in to join the line-up of England’s largest arts festival, Brighton Fringe. 2018 was a record-breaking year for the Fringe with over 575,000 people attending the festival; and with 2019 promising to be more inclusive than ever, our Bites aim to give you a taste of what’s in store across the 4,500+ events and performances that are on offer.

Next up, James Bran tells us about James Bran: Hack which is coming to The Warren: The Burrow.

Describe your show in one sentence?
​Technology is advancing faster than we can cope with – with hilarious and frightening consequences.

Why Brighton Fringe?
​Brighton fringe was the first fringe I ever performed at over 10 years ago. It’s a really cool town and is full of forward-thinking people.

How did the show get to where it is today?
​I wrote it whilst eating many malted milk biscuits and reading lots and lots of books. I then previewed it a few times at Leicester Comedy Festival and other places.

What do you think sets your show apart from all the other festival offerings?
I have a joke about universal basic income and wrestling star the Rock. No other show has that. Also – it’s about the future of all society and how democracy is being stolen from under our noses by a handful of private tech firms.

What show do you not want to miss at this year’s Brighton Fringe (apart from your own!)?
Michael Fabbri – incredibly funny guy – in his home town – what’s not to love.

What’s the best piece of advice you’ve been given, or would give, for performing at a fringe festival?
Don’t try to see everything. Research some shows you think you would like – and see one or two things per day MAX – otherwise you end up rushing around and stressed and hungry and even the most wonderful shows seem crap.

With the theme of this year’s festival being ‘DARE to Discover’, we’d like you to tell us a TRUTH – something about you or the show that fans may not know.
I LOVE a rowdy audience – and hate it when crowds are explicitly told not to heckle or join in 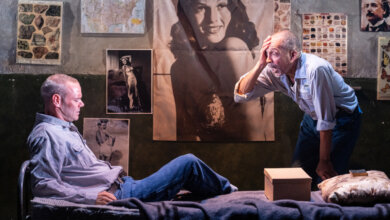 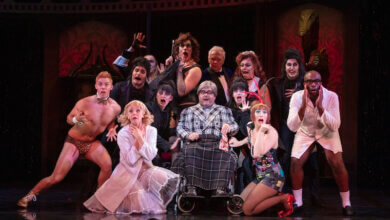 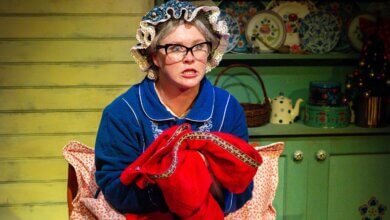