The heroine of Bridle is a modern woman. She is a feminist, a 21st Century feminist. She drinks, smokes, swears, spurns shame, and embraces her sexuality. She shows and tells the audience all of this, at the same time as telling an invisible and reticent but omnipresent figure of authority who, it transpires, has imprisoned her for indecency. In her world, female sexuality and agency are to be controlled and repressed, not only by social restrictions but by law. This  escalation or exaggeration of reality and the ambiguity of the setting both allow for a frank and uninhibited discussion of female sexuality.

In an era of raunch feminism, revenge porn, and hypersexuality, the line between empowerment and objectification is a constantly debated one. Bridle, written and performed by Stephanie Martin, raises interesting questions about the levels of agency of its main character; she behaves as she does just because she wants to, or does she? Though her discussion of her actions and experiences are, for the most part shameless and defiant, there are points at which she gives the impression that she felt obliged to cross lines she wasn’t comfortable with, or maintain an act that wasn’t always easy to perform. Her constant wish to entirely control her own sexuality and life more generally serves as a reminder of the many obstacles still faced by women in the pursuit of agency, often represented by the protagonist’s fair-weather-feminist boyfriend, James. He patronises her, reminding her of his feminist credentials and good intentions while denying her agency regarding her own sexuality and dismissing her desires as a product of patriarchal oppression.

Martin employs numerous effective theatrical devices and techniques to convey her story and message, using recorded voices for those of James, her imprisoner, and her father, and veering between a microphone and her own un-amplified voice to add layers to her solo performance and highlight certain points of her narrative. The ambiguity mentioned previously is an intriguing, if not always entirely effective, feature.

Within the narrative, Martin creates a recognisable but slightly altered society, gradually revealing that certain aspects of female sexuality and agency have been criminalised, but she also creates an ambiguity within her performance, breaking the fourth wall from the start and indulging in intimate and intense moments of engagement with the audience, while still delivering her narrative to the omnipresent imprisoner. Though this ambiguity does work in some ways, creating a new frame through which the audience can examine the topics Martin raises, it at times seems to be taken too far and leaves loose ends that, while they could be seen as an opportunity for the audience to make up their own minds on the subject, leave an impression of uncertainty or inconsistency regarding certain views and ideas suggested. Overall, however, Martin’s performance is an engaging and effective one, striking the balance between performance and direct interaction well, and bringing out the numerous facets of her character in a rounded yet concise development.

With no set beyond the single microphone, and only a basic lighting design, the evolution of the narrative depends almost entirely on Martin’s writing and performance and, while the writing strays a little and frays certain threads (as mentioned before), Martin delivers a thought-provoking and entertaining production that, as the old cliché goes, will first make an audience laugh, then make them think. 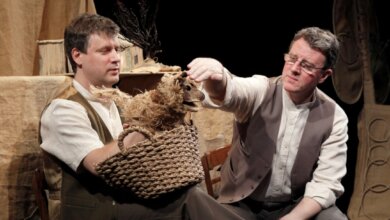 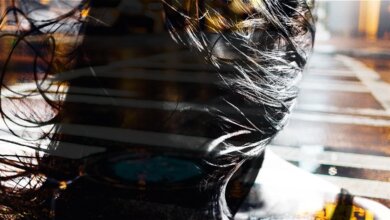 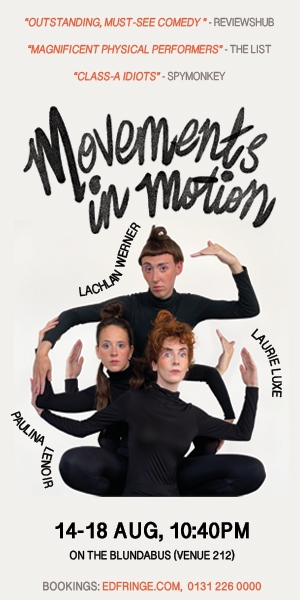