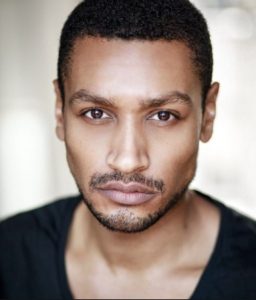 Writing an exclusive blog for The Reviews Hub, actor Arun Blair-Mangat will take us over the next few weeks behind the scenes at the brand new production of Stephen Sondheim’s COMPANY which opens at Aberdeen Arts Centre from the 1st – 10th February.

Mounting a brand new production of Stephen Sondheim’s COMPANY in three weeks….should be a piece of cake, right?

After spending the past year doing plays and a bit of screen work, I was excited to jump back into a musical. It’s always great to be able to start a New Year with a new job. The rehearsals for COMPANY started post-panto season for most of the illustrious cast. People were travelling back to London from all over the UK (including Aberdeen, funnily enough) to arrive for the first day of rehearsals.

Day one is always the meet and greet. Everyone gathers together; we all say who we’re playing or how we’re involved with the production. Our set and costume designer, Nik Corrall, showed us the model set and our director, Derek Anderson, spoke to us about the concept behind his vision for the show. What’s great about this production is that it’s a completely new interpretation. Getting to work on an original rework of a musical is fun and rewarding for both the cast and the creative team. We’re able to bring our own ideas to the table – which our director, Derek, has been very accommodating of.

After the meet & greet in the morning, we launched straight into learning material. When you have barely three weeks to learn a Sondheim score and George Furth book, you have to get stuck in right away – so that’s what we did. Our Musical Director Nick Barstow started teaching us the first song that features the entire cast – aptly titled Company… and we were off!

The rehearsal process for a musical almost always starts with nailing the music. All of the actors sit in 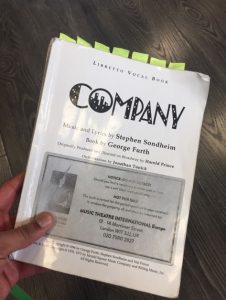 their vocal parts (sopranos, altos, tenors and basses) and then they are taught their respective vocal tracks for each song. I’m always in awe of the MDs and/or Musical Supervisors who teach the material so fluidly, often playing a piano part whilst simultaneously segueing between singing every vocal part over the top. Our MD Nick does this all with ease. He seamlessly switches from singing the top female line to teaching the bass’ melody and he can always hear when a note is missing. I guess for him it’s his normality, but it never ceases to amaze me. We fly through the learning of Company and jump into the next song…and that’s pretty much how the next couple of days continue on.

As the first week progressed, we kept on drilling Company. Anyone who knows the show can attest to the seemingly sporadic (but actually carefully concocted) outbursts of Bobby that occur throughout the show. We finished learning the rest of the ensemble vocals and then the music calls started to consist of our couples/pairs/character groupings, in order to focus on some of the smaller numbers. I’m playing the role of Paul, opposite the incredible Ashleigh Gray as Amy. We had a session on our song Getting Married Today, in which Ashleigh sprints through three verses with percussive power. Her vocal prowess rivals that of Daveed Diggs!

What’s so nice about the first week is that it culminated in our first read-through of the whole show. By Friday, we had sung through all of the music so we were able to sit in a circle and sing (and read) through the book and lyrics in its entirety. This may seem a little back to front because, traditionally, when you’re rehearsing a play you often start with a read through first. But reading through a musical without knowing any of the songs would not have been particularly beneficial. Doing it this way round worked wonderfully and proved to be very helpful in hearing the arc of the piece aloud. Singing everything that we had learnt over the past few days was also a lovely way to punctuate the end of our first full week.

By week two, the blocking process had begun – we were up on our feet! We’ve all started to find our characters; ranging from the air(head)line attendant April to Southern Belle Susan, sweet Peter to the man at the centre of it all, Bobby (already played to perfection by Oliver Savile). We’ve also recently just started learning the opening of Act Two. Our choreographer Lee Crowley is putting us through our paces, with a clever, circus-themed creation. It’s whipping us all (mostly me!) back into shape after the festive season.

So now I’m going to catch my breath before we do a run through of everything that we’ve staged so far. I’ll check back in when we’re in Tech up in Aberdeen! 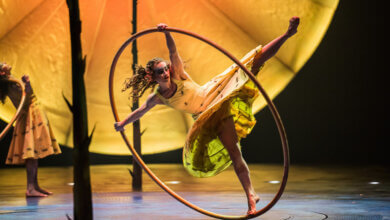 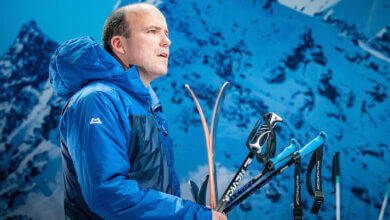