With its origins in the Tales of The Arabian Nights, the story of Aladdin featuring a rags to riches hero who overcomes adversity to win the girl of his dreams has been entertaining pantomime audiences for over 200 years. This slick and lavish production confidently carries on the tradition, delivering a pitch-perfect-panto that is strong on plot, storytelling and slapstick.

Matching spectacle, with a great script, this version of Aladdin stays true to the original story as well as throwing in plenty of surprises along the way. There are lots of tongue-in-cheek references to places in Greater Manchester and as one would expect a bucket load of jokes – some incredibly funny, especially one about Manchester United and others as old as the hills. The sumptuous settings perfectly conjure up Old Peking and Ancient Egypt and combined with terrific special effects; including an impressive flying carpet, bring the story magically to life.

Led by Cold Feet’s, John Thomson and Benidorm’s, Sherrie Hewson as the Genie of The Ring, the talented ensemble cast has excellent onstage chemistry. Former A1, lead singer, Ben Adams in the title role instantly wins the audience over with his engaging charm and powerful singing voice. He is the epitome of a panto hero, equally at home clowning around as he is outwitting the villain. Adams shows that he can clearly hold his own on a main stage and is surely destined to become a leading man in stage musicals.

Already an established actor, comedian Thomson, takes on the role of Abanazar with ease. His gives a playful and teasing performance, containing traces of some of his well-known characters from the Fast Show, and by playing the drums with gusto in one show-stopping musical number also pays tribute to his much-loved character from Cold Feet. Thompson is at his very best when sparing with Hewson, who does a very good job at appearing for the most of the time to be somewhat and strangely bewildered, but this only adds to the endearing nature of her performance.

Solid support is provided by magician Neil Henry as Wishee Washee and West End Musical star Claire-Marie Hall as Princess Jasmine. The real star of the pantomime though is Eric Potts, who plays Widow Twankey – who is also the director and script writer. Potts’ is a naturally funny Dame who without much apparent effort can reduce an audience to hysterical laughter. His dazzling and hilarious version of Hello Dolly is a real comic tour-de-force and steals the show.

If this Christmas you’re looking for a fun filled traditional panto, with some great gags, excellent live music and plenty of heart, then look no further than the Opera House, which, with this version of Aladdin has served up another hugely enjoyable, festive treat. 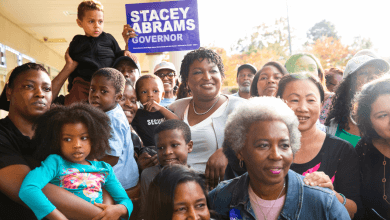 TV Review: And She Could Be Next – We Could Be One Film Festival 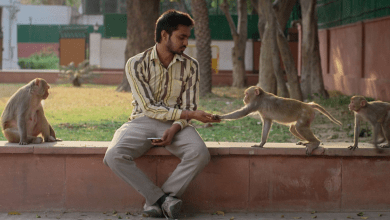 Film Review: Eeb Allay Ooo – We Are One Film Festival 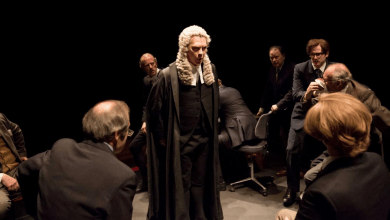 This House – National Theatre at Home 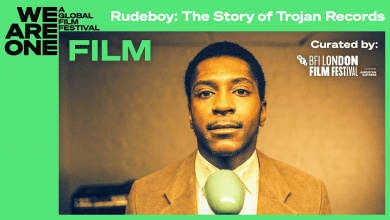