Have you ever come out of a production so captivating and traumatising that you were seriously concerned for the performer?

Aoife Duffin’s solo performance in A Girl is a Half-formed Thing is mesmerising. Duffin plays all the parts in Annie Ryan’s superb adaptation of Eimear McBride’s book of the same name.

The story mainly deals with the life of a young girl growing up in a single-parent household in Ireland with an older brother, disabled by an operation to remove a cancerous tumour in infancy, and an alternatively piously zealous, or emotionally unstable, mother. The girl tells her story through the eyes of a loyal and tender sister, sometimes confiding and sometimes arguing with her brother but always looking out for him as he gets bullied at school and caring for him as his condition starts to deteriorate.

McBride’s visceral story, published in 2013, is written as an uncompromising stream of consciousness. To be clear who is even talking one would be forced to read it aloud. It seems obvious that this is a work to be performed but the challenge would be how to stage the whole and still maintain the mono-centric nature of the storytelling and the fragmented style of the language.

Ryan’s magnificent adaptation, with Duffin’s spellbinding performance of all the characters, delivers the whole package. Duffin switches from inhabiting one character to another with barely an intake of breath. She masterly delivers the difficult fragmented syntax, delivering the quickfire exchanges between characters in broken sentences. One is never quite sure if we are following a spoken exchange or internal thoughts. There isn’t time to dwell though as this powerful performance takes us from one disturbing experience to another. It is rare to feel such a burden as an onlooker.

The story does covers some well-trod ground: hypocrisy, Irish Catholicism, emotional and physical abuse, dysfunctional families, living with terminal disability, sexually predatory relations, rape, incest, teenage rage; all hidden behind the false and genuine struggles of families on the edge. But the language, style and Duffin’s performance give us a theatrically unique production.

The bleak, miserable story is set on the barest of stages by Lian Bell – just roughly scattered sand. Lighting and music effects, by Sinead Wallace and Mel Mercier, are essential to underline the key moments but critically sparingly used. Just like the author’s decision to not name the girl (or any of the characters) this ‘invisible’ girl’s traumatic story is played out in front of us but barely leaves behind any trace of her life.

This girl just doesn’t get a break. Despite all, she is clearly capable of the most touching tenderness and loyalty. She keeps going without rancour, struggling with hope for herself and her brother. The shocking, violent, relentlessly miserable story is even more horrific for its mundanity. It is not an easy watch but let’s hope such drama helps to break down some of the outrageous abuse that goes on.

For Duffin, she was clearly barely able to shed her character as she returned to take her bow. She really shouldn’t do this too often or for too long without a very long break in between. 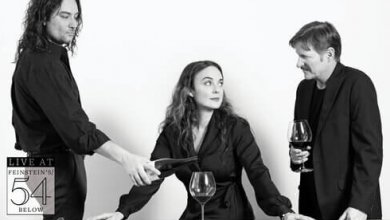 CD REVIEW – Our Table Live at Feinstein’s / 54 Below 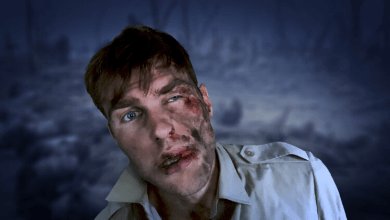 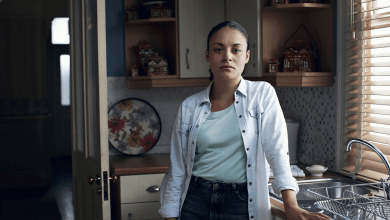 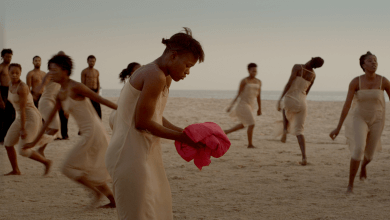 Dancing at Dusk: A Moment with Pina Bausch’s The Rite Of Spring – Sadler’s Wells Digital Stage