It may still be November but Christmas shows up and down the country are beginning to open and none are quite as Christmassy as Charles Dickens’ A Christmas Carol. With early evening performance times of seven o’clock and a running time of just under two hours, this production is intelligently trying to appeal to a family audience that may well tread the traditional panto route instead.

cast of actor-musicians and young company in this firm favourite fable of greed and compassion. Wealthy yet miserly Ebenezer Scrooge is forced to see the error of his ways and reform his character after being visited by three spirits who show him what once was, what is now and what is yet to come. It is a story so entrenched in our cultural psyche we often forget how much of common vocabulary heeds from Dickens’ morality tale.

Octagon stalwart Neil Duffield’s adaptation for the stage is very economic. With a playing time of forty-five minutes per half we are immersed straight into the storytelling: always a difficult balancing act to keep a young audiences’ attention and deliver more subtle elements of the story. Duffield employs alliterative, rhyming and chorus-like reporting to quickly expel information. There is also great humour in the line “Your more gravy than grave” at first seeing the ghost of Marley – a reference to a possible hallucination due to undercooked potatoes. For the main, the economy works but a little more character driven exposition may have been nice in order to understand Scrooge more and why he deserves to be visited by the spirits.

Rob Hiley’s music is a strange blend of traditional and modern. A piano and violin are coupled with an electric guitar and onstage synthesiser that the actor-musicians use throughout to underscore several dark scenes. In contrast, the cast delight with apt and harmonious renditions of traditional carols like Deck the Halls, Silent Night, In a Bleak Midwinter and Here We Come a Wassailing. But for some this juxtaposition may well be a little hard to comprehend.

As the miser himself, Marc Small’s Scrooge is giddy. Wrapped in a whirlwind of dreamlike self-revelation he becomes more childlike as the play progresses. Many moments are played for laughs, such as seeing the spirit for the first time, and are appreciated by the audience, but there are moments that are missed by Small and director Occhipinti. From our initial hatred of such a fellow, we should witness a man being crushed by regret, self-loathing and fear. There are three key moments in the story (in the past, present, and future) that should land more than they do. For those familiar with the story we need to pine for Ebenezer’s lost love, Belle, in the past; feel his abject misery when he is mocked at Freddie’s party in the present, and share the horror as he stares at his cold and unloved grave in the future. Unfortunately, these were moments that needed much more attention than they were given.

With the entire cast playing many parts there is a pleasing ensemble nature to this production.  As Bob Cratchitt, Richard Colvin succeeds in the naïve innocence of the character and as both Mrs Fezziwig and The Ghost of Christmas Present Sue Devaney has a riot. Allowed off the leash in both roles she brings a good deal of humour to the production. The young company also do a fine job in an adaptation that leans heavily upon them. The mute ghost of Christmas Future certainly takes on a terrifying quality when played by a small girl at a graveside.

A Christmas Carol has and will always be an enduring tale because of its universal themes. Despite being written 170 years ago, one man’s redemption embodies the spirit of Christmas – a time for charity and open hearts. One line that stands out above all others in this production concerns the poor children who slide out from under the set: “They belong to us all” declares The Ghost of Christmas Present.

This is a production that admirably fuses the traditional and the modern. It has some lovely storytelling qualities but ultimately doesn’t quite hit home in terms of empathy. It may be a little ‘bah humbug’ as it is still only November but the production, I hope, will grow and become more heart-warming the closer to Christmas it gets. 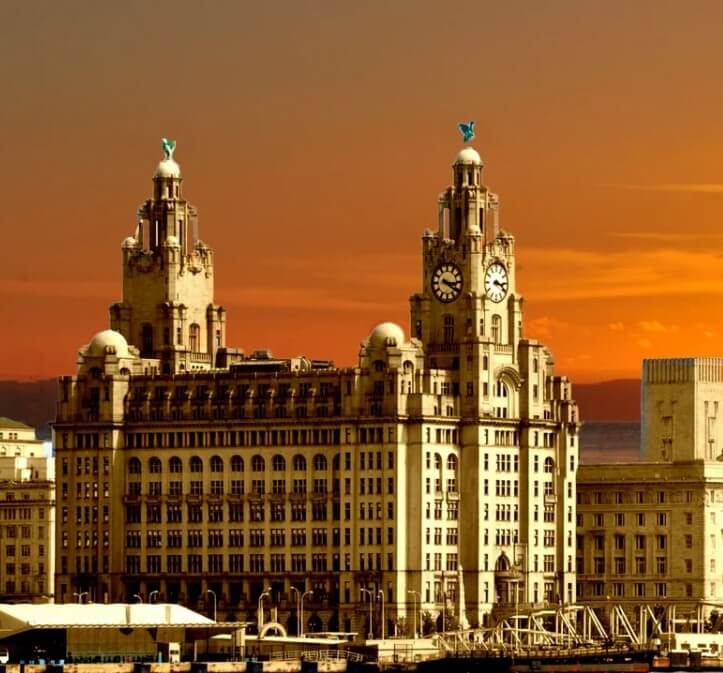 School of Rock – The Playhouse, Edinburgh 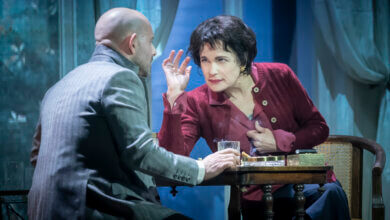 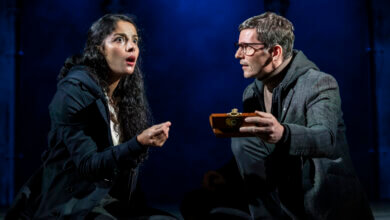