In light of recent word events (The Scottish Referendum, Brexit and the American election to name a few), as a nation, we have never been more politically active. Those who would usually have taken no interest in elections, voting and government are standing up to have their vote counted and let their voice be heard. And it is with this spirit that the Lantern Theatre has been able to produce such an impressive contemporary revival of Anthony Cullen’s Scouse: A Comedy of Terrors.

In the able hands of Margaret Connell and Mike Noble, this production masters the hardcore subject matter with precision, wit and the omnipresent Scouse sense of humour. Amid the abundance of facts about the city’s history, culture and impact on the wider nation, we are presented with a struggling Liverpool, as men struggle to find work and Liverpool People’s Party activists seek independence from the United Kingdom. From rumblings of political disconcert to protest and riot, it is hard to see at what point the fighting stops being defensive and starts to be offensive. Is it terrorism?

The talented cast of 10 is led by the passions of the eloquent activist-with-a-heart Tom, played with gusto by Peter Washington. With the bulk of Cullen’s factual dialogue written for Tom to deliver, Washington gives an empowered performance with the obvious weight of Liverpool’s woes on his shoulders. As the tired wife, Kath, Jackie Jones delivers some of the most tender moments of the show with heart, being dealt blow after blow at the hands of her family’s political beliefs. Completing a not-so-typical but easily recognisable Liverpool Household are daughter Susan, and son Ben, played by Katie King and James Ledsham respectively. While Ledsham’s confident Ben gets carried away in the excitement of rebellion in their created dystopia, Susan is the constant reminder that all acts of mutiny are a means to an end to achieve their own utopia. King’s skilful portrayal is one of the standout performances of the night.

The supporting cast works incredibly hard, all taking on multiple roles within the company. Reg Edwards as Macka is brilliantly entertaining, not least as the stalker and soldier. Joining the rebellion are Curtis Watt, as Clive, and James McMartin, as Big Frank, whose changing room banter provides much of the evening’s comedy, carrying through into their many cameo roles. Michael Hawkins as Darren is charming and versatile, and Nicola Ferguson as Lisa brings a realisation of the consequences of insurrection and one of the evening’s most powerful lines: “Terrorism – a way for people who aren’t outstanding to stand out”.

Tart-with-a-heart Tracey, played to great effect by Louise Garcia, presents us with our stereo-typical Scouse girl in a collection of suitably obnoxious costumes, one of the highlights of Sean Gibbons’ skilful and subtle Costume design. Garcia balances the difficult personal issues Tracey must face with her witty one-liners and a true Liverpool realism and acceptance.

Since the closure of the Lantern Theatre in July, its resident team have been able to take up shop in other locations, including the Epstein and Unity Theatres. Now they have transformed the Dome Theatre in Grand Central Hall, with their inventive monochrome set by Jocelyn Meall complete with a lone purple wheely-bin and a brilliant surround sound design by Tom Evans, complimenting the circular auditorium and echoing the play’s feeling of being caught right in the middle of the conflict.

The beauty of this particular piece is its relevance to the world we live in today. Scarily plausible, it asks us to consider what we’re fighting for and not just what we’re fighting against. With “Scouse”, the Lantern continues its bold and daring journey as a powerful independent force in Liverpool’s Theatre Circuit.

“Evil triumphs when good men do nothing.”

“No, evil triumphs when good men join in.” 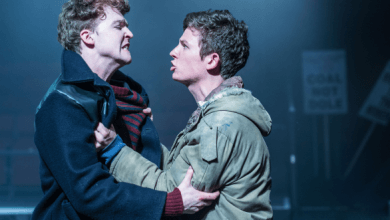 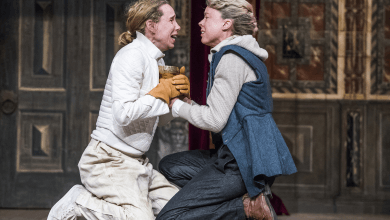 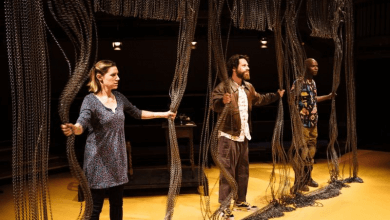 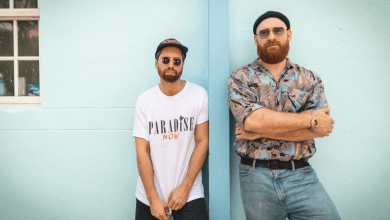